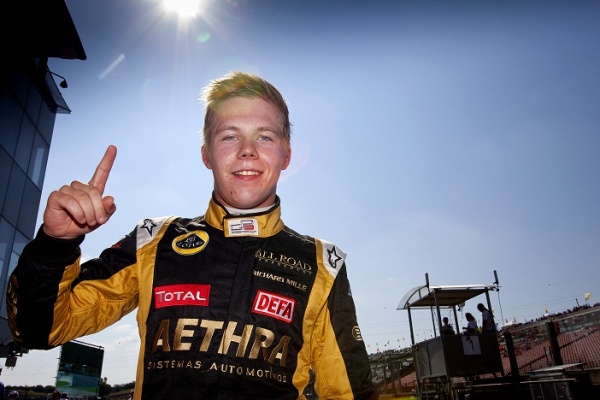 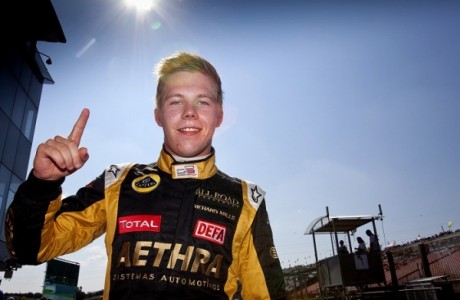 Finland’s Aaro Vainio is enjoying the Hungaroring this weekend. Fastest yesterday in Free Practice and again today to claim pole in dominant style! The Lotus GP driver broke the circuit record en route to the front of the grid and has clawed back points on Series leader Mitch Evans. Antonio Felix Da Costa and Evans line up second and third.
The 30 minute qualifying session got underway with searing track temperatures of 34 degrees under clear blue skies. Once the installation laps were set, Buller was leading the way until Evans shot to P1. Vainio went quickest with Felix Da Costa rising to P2, ahead of David Fumanelli at the midway point.
Marlon Stockinger recorded the fastest time of the morning to take provisional pole whilst the cars returned to the pitlane to change tyres. The shootout for pole got underway with Evans reclaiming back his position at the top of the timings until Vainio set a blistering lap which broke the previous lap record which was 1:36.763, previously held by our reigning GP3 Champion Valtteri Bottas. The Finn’s best laptime was over half a second quicker: 1:36.052 with the Lotus GP driver setting the fastest three sectors of all the drivers, but not all on the same lap, the only thing missing from his checklist today!
Felix Da Costa split Vainio and Evans to qualify second on the grid whilst a late effort from Fumanelli promoted the Italian to fifth place. The top ten finished as Vainio, Felix Da Costa, Evans, Stockinger, Fumanelli, Daniel Abt, Conor Daly, Kevin Ceccon, Matias Laine and Patric Niederhauser.