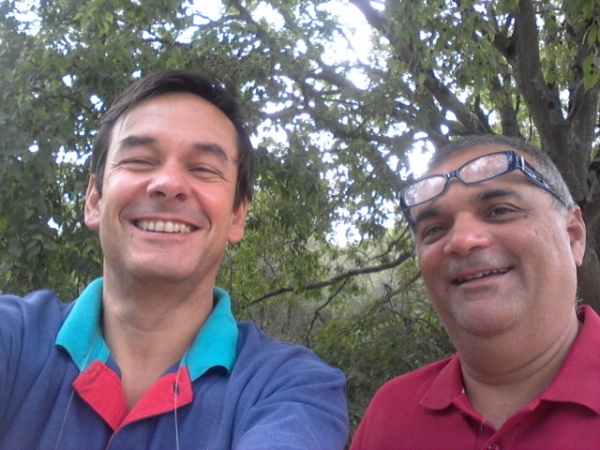 Nasir gives us the details on his journey to Karachi and a round table discussion on the Singapore Grand Prix and the latest news in Formula One. F1weekly also brings you the  GP3 Series line up for 2013-15

Nine teams given entry for the next three GP3 seasons

GP3 Series organisers are pleased to announce the names of the nine teams that have been selected to compete in the 2013-2015 seasons.

Eight of the historical GP3 teams will continue in the Series whilst Koiranen Motorsport will join. The Finnish outfit have proven pedigree amongst others as 2011 Team Champions in Formula Renault 2.0.

GP3 Series CEO Bruno Michel said, ” I am very pleased to reveal the names of the nine teams that have been given an entry for the 2013, 2014 and 2015 seasons. We have received a lot of requests from some of the best motorsport teams which proves once again that GP3 generates a lot of interest. In only three years time, the Series has grown into one of the most important categories and its rescaling with a more powerful car has reinforced its position as a stepping stone to GP2.

“We have chosen to stay loyal to most of the existing GP3 teams but we thought it was also important to bring fresh blood into the mix which is why we’re happy to welcome Koiranen Motorsport who has been very successful in other categories. It will be very interesting to see how these nine teams will adapt to the new GP3/13 car.”

The entry is valid for three consecutive seasons 2013-14-15. GP3 Series organisers agreed that nine teams was the right number to run with for the upcoming campaign with the new car. Each team will be allowed to line up a maximum of three cars.

The second generation car has had successful development tests which have shown that the new GP3/13 car is expected to be at least three seconds faster than the GP3/10. It has a naturally-aspirated 400hp engine compared to the current 280hp and also enjoys a new aerodynamic package including new nose, sidepods and engine cover. The step to progress up between GP3 and GP2 is closer, and with this upgrade kit, the GP3/13 car will be the perfect tool to help the drivers who graduate from GP3 to GP2 to be immediately competitive.

CEO Bruno Michel added: “We are now working on the 2013 calendar. In the meantime, we are focusing on our development test programme. So far, the results have shown that we will have a very competitive and reliable car which will make for a great season.”

The teams will receive the highly anticipated kit for the GP3/13 car at the end of this year.

The following teams have entered the 2013 GP3 Series*

Mark Webber:  “I’m looking forward to the Japanese Grand Prix as it’s an opportunity to get a top result again on a track I enjoy driving on. Qualifying has not been as strong for us recently and we know this has to be improved. We are focusing on that and, once that’s better, we can make a strong push towards being better positioned at the end of Grands Prix. The Suzuka Circuit has an incredible combination of corners. You have to be very accurate and rhythm is very important. It’s a good challenge for the drivers.”

Sebastian Vettel: “I love the Suzuka circuit. In short, it has the most amazing corners and brilliant fans, I really like coming here. In 2011 the country experienced unbelievable difficulties, so it was extremely important to try and give them some enjoyment and to show our support for their suffering. I wish I had won in 2011, it was my third Formula One race on my favourite track and it still bothers me a bit that I took my world title with a third place. The track itself is huge and almost every metre of it is special.”

Pastor Maldonado: I’m really looking forward to getting to Japan this week. I think everyone in the paddock looks forward to this race, as the fans in Japan are some of the best in the world and give us all such a warm welcome. I also enjoy the track as it’s one of the historic circuits in Formula One. There is a good combination of high speed corners and we run close to the maximum amount of downforce. It’s a great challenge as a driver.

Bruno Senna: I’m really looking forward to the Japanese Grand Prix. It’s one of my favourite tracks of the season andit’s very fast and flowing but quite narrow compared to some of the other circuits we visit. It feels amazingly quick and is one of the biggest challenges as a driver. It is similar to Spa-Francorchamps so it’s a real drivers’ track. You can get variable weather in Japan ranging from warm and sunny to rain that stops qualifying. It’s always exciting though and we have a good potential to be strong there.
Heikki Kovalainen: “I stayed in Singapore for a couple of days after the race before heading back to Europe to spend a couple of days at home and then do a session in the simulator before going to Japan.

“Suzuka is one of the races everybody looks forward to and I’m no different. It’s a proper track, exactly the sort of circuit you want to drive F1 cars on as it has everything – high speed corners where you can really feel the downforce working, medium speed sections where it’s all about car balance and some of the most passionate fans in the world.

“For me the best bit of the track is in sector one, from T1 to T7. You go into T1 and T2 at high speed and if you’re not fully committed you can lose a lot of time right at the start of the lap. Out of T2 the track is positively cambered and you can really lean on the car as you go into T3. From there, right through to T7 if the car is well balanced the whole section seems to flow. It’s a great feeling when you get it right, but get it wrong and you lose a lot of time.”

“The fans really are incredible. The stands are packed throughout the whole weekend, even on Thursdays when we’re not on track, and they’re so polite, almost a bit scared of asking for autographs or photos, but you can tell how much F1 means to them and it’s always cool when they give us presents or things they’ve made for us.

“On track Suzuka is obviously a cool track to race on. The first sector is a good challenge in the car and for the engineers, to make sure we have a well balanced car. The second sector is also pretty quick and then you’re into S3 and heading towards 130R. A lot of people talk about that being a major corner, and it looks pretty good on TV when you see the cars flat out through there, but in the cockpit it’s really not that much of a challenge. Despite that you need to be flat through there as the chicane afterwards is one of the few overtaking spots, so if you lose time through 130R you’re going to come under pressure from cars behind right at the end of the lap.”

Pedro de la Rosa: “Suzuka is a beautiful and spectacular circuit; I would say it’s my favourite track. It’s very quick, you hardly touch the brake, and we’ll be able to make a better evaluation of the difference between the new floor and the old one. It has inclinations, quick, flowing corners and it’s a very long lap. It’s a circuit for aerodynamics and horsepower where the best cars stand out. I’ve got great memories of it because my first victories in Formula 3 and Formula 3000 came there and it’s one of the tracks which has brought me most luck in my career because by winning there the doors to Formula 1 opened. I hope to also have a good performance next weekend”.

Narain Karthikeyan: “I’m really looking forward to Japan after not being able to finish in Singapore. Suzuka is a very fluid and challenging track. From a physical point of view it’s also tough as it’s very quick. It’s a circuit that I love and one I have fond memories of. I think we’ll take a step forward with the car with regards to Singapore and we’ll be able to better evaluate how the new floor works. We’ve been pretty fast in the last few races but we’ve been missing a bit of luck. But we have to continue working to maintain this positive momentum through to the end of the season”.