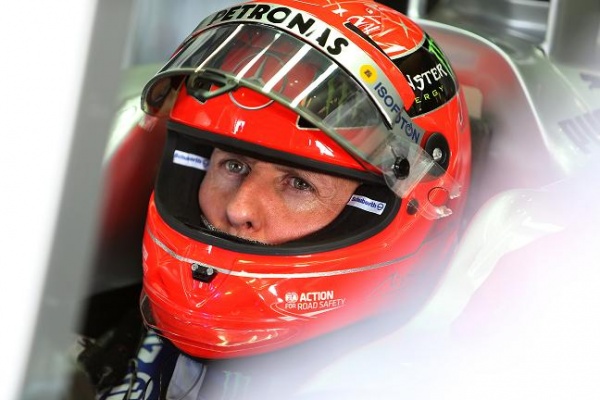 Seven-time Formula One world champion Michel Schumacher today announced his retirement from the sport at the end of the 2012 season during a press conference at the Suzuka circuit in Japan.

Michael Schumacher
I have decided to retire from Formula One at the end of the season, although I am still able to compete with the best drivers of the world. This is something that makes me proud, and this is part of why I never regretted my comeback. I can be happy with my performance and the fact that I was continuously raising my game during the last three years. But then, at some point it is time to say goodbye.

Already during the past weeks and months I was not sure if I would still have the motivation and energy which is necessary to go on; and it is not my style to do anything which I am not 100% convinced about. With today’s decision I feel released from those doubts. In the end, it is not my ambition to just drive around but to fight for victories; and the pleasure of driving is nourished by competitiveness.

I said at the end of 2009 that I want to be measured by my success, and this is why I had a lot of criticism in the past three years which partly was justified. It is without doubt that we did not achieve our goal to develop a world championship fighting car within those years. It is also without doubt that I cannot provide a long-term perspective to anyone. But then it is also clear that I can still be very happy about my overall achievements in Formula One.

In the past six years I have learned a lot, also about me, and I am thankful for it; for example, that you can open yourself up without losing focus. That losing can be both more difficult and more instructive than winning; something I had lost out of sight sometimes in earlier years. That you have to appreciate to be able to do what you love. That you have to live your convictions. I have opened my horizon, and I am at ease with myself.

Nico Rosberg
This is a big loss for our sport. Michael did a huge amount to make Formula One so popular in Germany, and lots of fans switched on their TV sets because of him. He achieved so much. It has been and continues to be something special and a great experience for me to drive with him and against him. In the last three years we pushed the team hard together which will help us in the years to come. I wish him all the best for the future.

Ross Brawn, Team Principal – MERCEDES AMG PETRONAS
Having worked with Michael for so many years, it is an emotional day today as he announces his retirement from Formula One for the second, and final, time. We have enjoyed so many experiences together during our time at Benetton, Ferrari and Mercedes, and I feel very proud, honoured and privileged to have had the opportunity to work with Michael so closely. In my opinion, he is the greatest Formula One driver, and the records which he holds in our sport speak volumes for his success and commitment. On behalf of everyone at our Silver Arrows team, we wish Michael all the best with his future plans and extend our sincere thanks to him for his commitment, passion and hard work during our three years together. We have not achieved the results that we would have wished during this time; however Michael’s contribution to our development and the future of our team has been significant. Whatever Michael decides to do next, I am sure that he will be keeping a close eye on our progress in the years to come.

Norbert Haug, Vice President – Mercedes-Benz Motorsport
Our team, Mercedes-Benz and Daimler would like to offer our heartfelt thanks to Michael for all his work, his exemplary commitment and his loyalty. For our brand, he was and remains not just a first-class racing driver and, through his record until 2006, the most successful of all time; but also a global idol and, last but not least, a great company ambassador who is admired across the world. Michael began his professional racing career in 1989 as a member of the Mercedes Junior Team in Group C Prototypes, and he will conclude it at the end of this season with our MERCEDES AMG PETRONAS Silver Arrows works team, as he informed first us and then the international media today. Michael did a fantastic job during the build-up phase of our still-young Silver Arrows works team and, although we have not yet achieved our targets in our third season, Michael’s invaluable hard work has established the foundations for future success. For this, we give him our thanks and recognition. All of us in the team – and first and foremost Michael – are working hard to have six more races in which we can show a respectable level of performance together. Thank you, Michael, for everything: it was, and is, a pleasure to work with you. 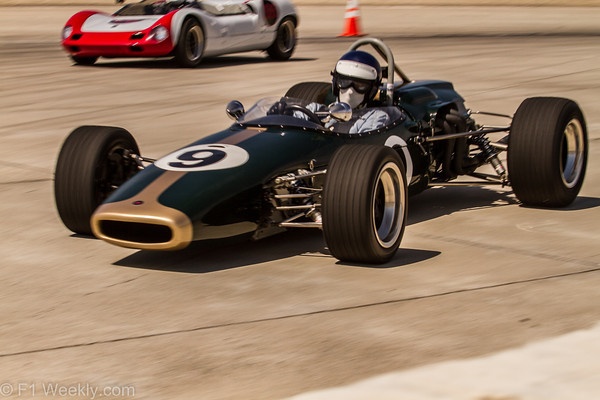 The 15th annual Fleet Week Coronado Speed Festival September 22-23 offered something for every one of the 25,000 spectators that came to out enjoy the racing action and celebrate San Diego’s military community.  From the 50thAnniverary of the Navy SEALs to the second annual Military Pit Crew Challenge, from nine groups of vintage race cars to the SCCA Playboy Mazda MX-5 Cup, the 2012 Coronado Speed Festival was one for the history books.

“I have been to a lot of events over the last 40 years of being involved in motorsports,” says Steve Bottom, associate editor of Racer magazine and competitor in the Mazda MX-5 Cup.  “None of them have the special feeling that Coronado Speed Festival has.”

Local favorite Elliott Skeer of Carlsbad, CA, 18, a senior at High Tech High School, missed winning the MX-5 Cup by a fraction of a second.  “This is really cool to have an event that’s home,” says Skeer.  “It was one position less than I was gunning for, but hey, I’ve got to be happy with second.  It’s pretty good.”

Speaking of second, the second annual Military Pit Crew Challenge was a crowd favorite, as 13 teams comprised of Navy and Marine personnel faced off in a timed race to enact a simulated NASCAR pit stop.  The final round on Sunday, September 23, saw four finalist teams compete for the top spot, with the winning times judged by 16ths of a second. 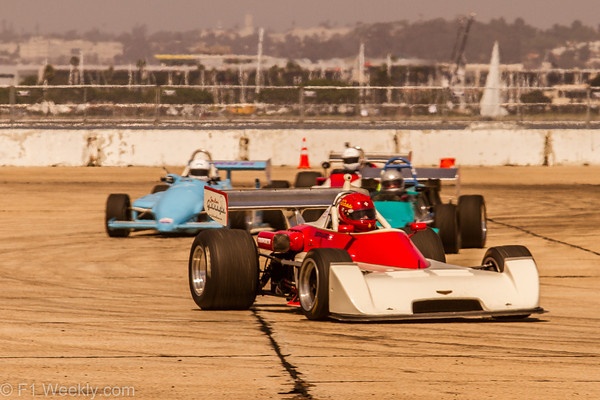 “This competition embodies the spirit and skills that characterizes these U.S. Navy personnel – hard work, skill, speed, and teamwork,” said Captain Chris Sund, Executive Officer of Naval Air Station North Island. “They practiced for only a short time and were able to accomplish their mission in about 35 seconds.” 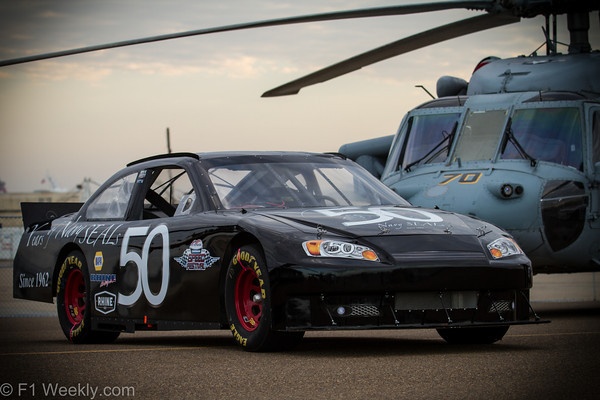 The Pit Crew Challenge featured a customized NASCAR on display commemorating the 50th Anniversary of the Navy SEALs, first commissioned in San Diego in 1962.  Other events celebrating this milestone at Speed Festival were the spectacular flyovers and a jump by the U.S. Navy Parachute Team, the Leap Frogs, during the lunchtime activities, and the event’s Co-Grand Marshal, Rear Admiral Cathal “Irish” Flynn, one of the most honored SEALs in history and a member of the original SEAL Team One.

When asked to compare the SEALs of today with his generation, Flynn said, “I think they’re better.  I think that they’re stronger physically, swifter intellectually.”

Of course the “Race at the Base” wouldn’t be complete without plenty of muscle cars.  This year’s marque was Shelby vehicles, in honor of the passing of one of racing’s greatest, Carroll Shelby.  The Shelby Club of San Diego honored the designer with a tribute lap around the track.

And the winners of the 2012 Coronado Speed Festival races are: