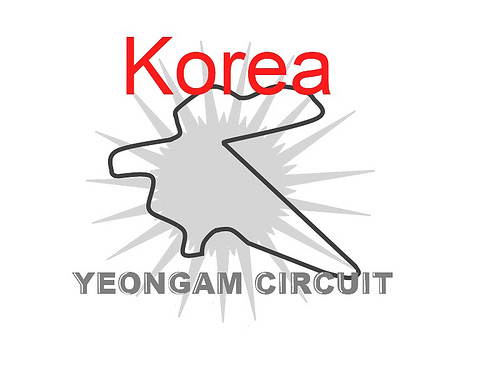 Sebastian Vettel: “In principle, the track is made up of two parts: a permanent race track and the end, which is more like a street circuit although we’re not in the city. The track is located on the western edge of the province of Yeongam, which is in the far south of the country. The circuit is demanding and the last section is very tight.”

Mark Webber:  “The Korean circuit is like a fast Budapest. It has long straights early in the lap; I had a good fight there with Lewis last year, which I enjoyed. The last two sectors are very busy with lots of corners. Generally it can be a little bit cold there, so we’ll see what that throws up to us in terms of the tyres. As always, we’ll be looking for a good result.”

Nico Hulkenberg: I enjoy visiting Korea and the track is fun to drive. I didn’t drive there last year during free practice, but I have some good memories from 2010 with Williams when I scored a point in the very wet race. I think we can go there and get a good result because it’s a track that’s a mixture of everything: low-speed, high-speed and straights. The final sector feels just like a street circuit and it’s quite technical with some challenging corners.

Paul DiResta answers a few question: Paul, we’re in the middle of back-to-back races in Asia – what have you been up to since Sunday’s race?

After a testing weekend in Japan I just want to get back in the car as soon as possible, so I’m pleased that I have the chance to try and bounce back straight away in Korea. I’ve spent a few days in Tokyo doing some light training and cleared my mind ready for this weekend.

Do you feel that catching Sauber is still a realistic goal with five races to go?

Mathematically it is realistic to take the fight to Sauber, but to get ahead of them we will need to be in the points at all the remaining races. Sauber were on the podium again in Japan, which makes our task even more difficult, but we are hopeful that the tracks coming up will be more suited to us – certainly compared to Suzuka. To beat them we will need to be on top of all the issues we had in Japan.

Are you feeling more confident about the car’s performance this weekend?

You never know until you get there and start running, but last year we had a good race and came away with some points. The first sector of the lap is mainly long straights linked by low-speed corners and those technical parts of the lap seem to suit us – as was the case in Singapore. Also, it’s just one of those tracks that I enjoy driving and I’m looking forward to getting the weekend underway.

Pedro de la Rosa: “I know very little of Korea because I’ve never run there, all I know of the circuit is from my work on the simulator. As it’s a track that’s barely used the surface is very slippery. So we’ve got no time to lose and will have to do as many laps as possible to get to know the track. It should be a circuit that’s better suited to us than Suzuka. Also, after having seen that in Japan the new floor is an evident step forward, I’m really looking forward to it. But there’s no doubt that we have a lot of work ahead”.

Narain Karthikeyan: “From what I’ve seen the Korea International Circuit is very complete as it is a mix of various things such as very close walls, quick corners, long straights and hairpins. I’ve never raced there so I’ll have to make the most of my time on track to adapt and set the car up. After having retired in two consecutive races I’m looking forward to this Grand Prix and hoping to find some luck again and return to a positive line of results”.

Dani Clos: “Driving the F112 is always a great satisfaction and I feel very lucky and thankful to the team for this new opportunity they have given to me to drive in the first free practice session in Korea. Like always, I’m going to give my 100% and my main objective is to work for the team to complete the established programme in the best way possible. To be able to contribute, even in a modest way, makes me very proud and, personally, it’s an experience that is helping me to grow as a driver. And even more so having someone like Pedro next to me”.