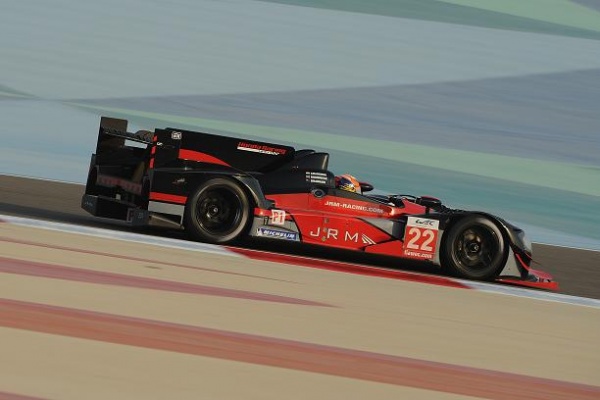 JRM Racing continues its debut FIA World Endurance Championship campaign this weekend in Fuji, Japan. Just two weeks after the inaugural WEC race in Bahrain, the British-based team travels to the classic Japanese track at the foot of Mount Fuji for the penultimate event of the series. The Six Hours of Fuji will take place on Sunday 14 October and JRM will be looking to finally deliver on the promise it has shown throughout the championship. The team, which is currently third in the privateers’ title race, is hoping that its history of competing in Japan, driver Peter Dumbreck’s extensive experience at Fuji and the support of the local crowd will help it realize its potential.
Throughout the six races held so far this year, JRM’s Honda HPD ARX-03a LMP1 car has demonstrated good pace, but luck has evaded the team since its unprecedented sixth overall in its first-ever 24 Hours of Le Mans in June. Now revitalized after a detailed analysis of the issues, JRM is optimistic of finally securing the result to consolidate the team’s ongoing efforts.
Team principal, James Rumsey, commented, ‘We’ve shown some serious potential this year, with fastest times in practice, good strategy calls and a formidable driver line-up that is gelling well. Unfortunately, however, we’ve had a few technical issues that meant we couldn’t realize that potential. That’s the pitfall of being a new team; no one gives you a manual of what to do – we are learning on the job. We’ll go to Fuji now with the additional information from Bahrain and Brazil and try to finish the year on a high. Getting a good result in Japan would be fantastic as JRM has strong links with the country through our ties with Nissan Motorsport and the GT championship, plus Peter has an established fan base after his years of racing there. We hope the local support will cheer us to the finish line.’
Team manager and chief engineer, Nigel Stepney, added, ‘After Bahrain and Brazil we worked closely with HPD to understand what went wrong in the races. We’ve traced the issues and we have the test day at Fuji on the Wednesday before the race, which will be a good opportunity to evaluate the countermeasures we have put in place. Fuji is a difficult track, with undulation changes and that long pit straight, so we will also use the opportunity to fine-tune the set-up and get a handle on tyre wear so we can hit the ground running on Friday practice and then in qualifying. It’s a great chance as well for David and Karun to learn the track, although Peter knows Fuji well, which will be a massive help for the team in advancing our programme. ’
Peter Dumbreck has spent several seasons racing in Japan, first in 1998 and 1999 in Japanese Formula 3 and Formula Nippon and then from 2005 to 2009 in Super GT. During this time he commuted between the UK and his base in Gotemba, located just a few miles from Fuji Speedway. The Scot added, ‘I’ve spent six seasons racing in various categories in Japan. I’m looking forward to make my first trip back in four years after seasons in European GT and now the WEC. Fuji is actually one of my favourite circuits so I hope to step up and help achieve a good result for JRM and my team-mates. There is some tremendous support for motorsport in Japan so it will be good to see the same faces that I’ve seen over the years of racing.’
David Brabham has raced in Japan before and eagerly anticipates his return to the land of the rising sun, ‘It has been a long time since I was in Japan, but I have fond memories racing there and really look forward to racing at Fuji. I won the All Japan GT500 series in 1996 and I hope to see some old friends. It will be another close battle for the privateers, but we have to step up and produce a better performance to date, which we will work hard to do.’

Karun Chandhok meanwhile makes his first trip to Fuji, the first time he will have raced on Japanese soil, although he is no stranger to Japan. ‘This will be the first time I’m going to race in Japan, which should be interesting. I did the Friday free practice session last year for Team Lotus at Suzuka, but Fuji will be a new experience altogether. My visit last year was the first time I’ve been to Japan and I absolutely loved the country, the culture and the passion for motorsport there. The JRM team and my team-mate Peter Dumbreck have a strong history with Japanese motorsport so I hope we can get a good result for everyone there. In the last couple races we’ve been in pretty good shape in the races only for some reliability issues to make a mess of the result. I know Nigel and the team have been working very hard to get on top of that and the extra day of testing in Fuji will hopefully help us a bit more. 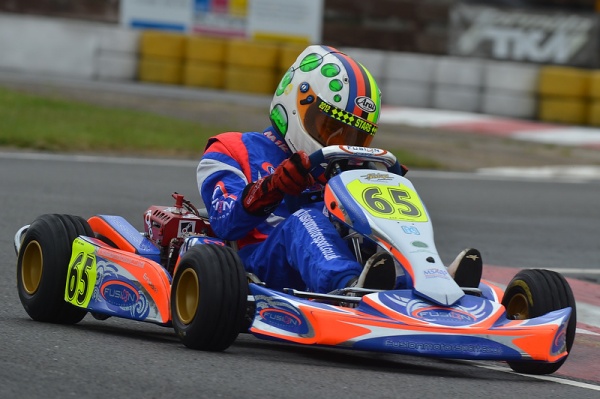 Enaam Ahmed became the most

successful cadet driver of 2012 when he

won the ABkC Super One Championship on

50 drivers in the 7 round Championship to

join a long list of drivers to win the title

including such names as Dan Wheldon,

Enaam came into the final round of the

with a 22 point lead over team mate Josh

Smith on dropped scores. Following a

difficult start to the weekend, Enaam

worked hard with his Fusion Motorsport

team to get on the pace in qualifying,

posting 3rd fastest lap in group to line up

on the second row for both his heats. Two

starting position for Final 1, a race that

could decide the outcome i f the

The title battle was given a huge twist, as

Enaam and his team mates were hit off at

the start of the race, rejoining at the back

of the field. Enaam sustained damage to his

kart and injured his leg and struggled back

to 16th. With Smith finishing 9 places

higher, it meant the Championship would go

down to the wire, Enaam needing to finish in

the top 10 to secure the title.

He wasted no time in Final 2 and stormed

through the field until comfortably inside the

top 10, breaking away with the lead group.

He edged into 5th and from there on he

knew he was safe, so sensibly stayed out of

the battle for the lead despite setting

take the Championship victory, writing his

name in the history books alongside some

Despite being unseeded going into 2012,

second place in the British Championship

and his British Open and Winter Cup

victories earlier in the season, mark him

out as the most successful cadet driver of

2012 against drivers up to a year older

and with significantly more experience. He

will now graduate to KF3 and compete in

the Bri t i s h , European and World