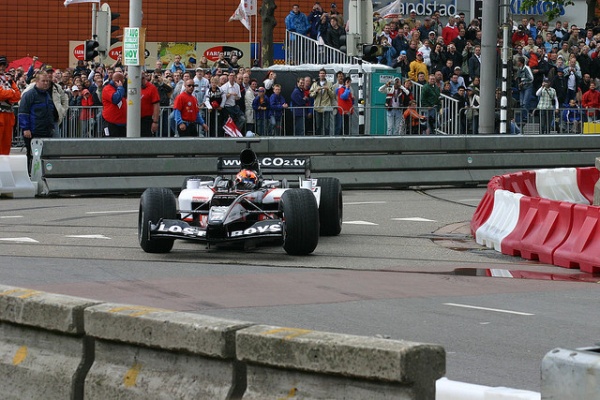 GIAN CARLO MINARDI “AT JEREZ, THE FIRST TASTE OF THE 2013 RACING SEASON”

The 4-day-testing at Jerez finished the first session of the 2013 collective testing. Over the last 4 days we started to know more about the new single- seaters (except the Williams which will be tested at Barcelona), which will be the protagonists of the upcoming F.1 World Championship. As shown, the performance level will be higher.

“The current regulations, which will last till the end of the upcoming season, have been taken to the extreme, At this point it’s so difficult to think up new amendments. The common denominator is represented by very thin sidepods which could cause rear side’s overheating.  All teams got medium-high positions and the Red Bull is a benchmark. The McLaren seems to be a very interesting car, as well as Sauber and Toro Rosso. Good feelings come from the Ferrari, as well. The long runs of the first two days (13-14 laps), during which lap times were less important than other performances, were quite good. I think that the Spanish track was a mean to collect as many data as possible and compare them with the ones obtained by making simulator and wind tunnel tests. This is the way the Spanish tester will help the team. According to his interviews, it seems that the team will have to improve the simulator hardware. Along with Davide Rigon’s contribution, we all hope that they will be able to solve a problem that sounds like a “false note” in the world of F.1. It’s unacceptable not to test cars before running such a long Championship. It is important to reach a compromise in order to give teams the chance to test the turbo engine on track. The turbo engine will be the 2014 racing season official engine; it’s also interesting for the world of production cars. Cars have to be tested directly on track, not only by using a simulator”, says Gian Carlo Minardi.

“Long runs have always been Sebastian Vettel’s prerogative and I think Red Bull has mainly worked on car reliability and race performances, rather than on lap time. Beyond Ferrari good results, it’s difficult to set an on-track hierarchy yet.  No doubt 4 cars are a step ahead of the others, but it will be interesting to see also the steps of the latter. After taking a shaky start on the first two days, the Mercedes recovered in terms of reliability and performance by running almost 300 laps between Thursday and Friday.”

At Jerez teams started to test and improve all the changes made by running hundreds of laps, before working on further revisions to be presented at Barcelona, the track where the second session of the pre-season test will take place from February 19th to 22nd and from February 28th to March 3rd “Pre-season test in Barcelona will be so important, as the Spanish track will also host the World Championship opening tests. Thus we’ll have accurate feedbacks from cars and drivers. With the Barcelona test we’ll get closer to the first GP of the season, so team will get ready to play their ace card”, ends up the manager from Faenza.