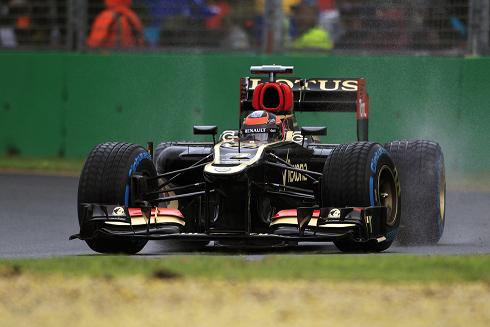 Lotus F1 team launches a new sporting concept, WSC, where teams will compete against each other in a virtual world championship in order to aid development of their real world cars and race strategies. The overall winning driver will be granted a race seat in 2014.

Lotus F1 Team is proud to launch an epoch-making development in the history of Formula 1 with the inauguration of the World Simulator Grand Prix Championship™.

Scheduled to take place on the Saturday morning of every real world Grand Prix weekend from this year’s Spanish Grand Prix onwards, teams will pitch themselves against each other in virtual world races.

Drivers will race from each team’s simulator facility, but link together in a secure network with the ensuing races streamed live from team websites. These virtual events will enable teams to better harness the power of their simulators and develop race strategies for that weekend’s real-world Grands Prix. Also, the overall WSC champion will be granted a race seat opportunity for 2014.

Social networks will play an active role in the concept, as the team getting the highest number of “likes” on Facebook during the event will score another 5 points.

As well as streaming around the world for viewers, delayed data will be available to Xbox users worldwide to enable them to race against the simulator drivers using the same data parameters.

Eric Boullier, Team Principal:
“We have been working on this highly exciting development for a year now, and we’ve involved all other F1 teams as soon as we realised it was a viable concept. So far, 6 of them have confirmed their participation, which is already a massive success. As a team, we can evaluate race strategies, develop new parts and test new drivers. As a sport, making these races available online is an unprecedented step which takes us into new territories and rewards fans with a second race over a Grand Prix weekend. The level of graphics available on simulators now means that the moving images generated will be indiscernible from real life, and the races will be as enjoyable – if not more enjoyable – than the real thing. One day, perhaps all races will be run this way.”