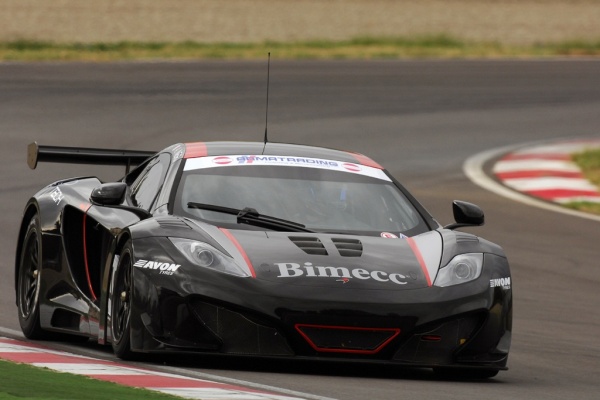 And here is an update on Bhai Tech Racing in action with Pantano, Suzuki, Van der Drift and Luiz Razia

Uninterrupted training for Bhai Tech Racing before making the debut in the 2013 GT open Championship, whose first race will be held on the 27th of April at Paul Ricard circuit.

Under the technical management of Mr. Roberto Costa, drivers and staff focused on refining FIA new regulations regarding electronic controls “We worked hard during the two-day testing session, we mainly focused on the last technical upgrades introduced by the Federation in the area of electronic controls linked to the turbo operating system. Since it’s a last minute upgrade, much attention should be paid on it. We’re working side by side with McLaren to develop every single aspect.”

It was also a good chance for the Brazilian driver Razia to test the car of the Walking-based car company for the first time, in preparation for the opening race to take place at the French Circuit.