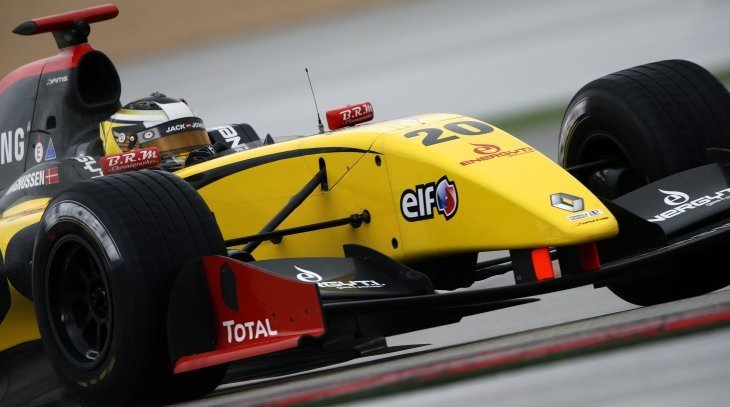 Three weeks after the season’s first two races at Monza, the Formula Renault 3.5 Series field has reconvened at Motorland Aragon for the opening World Series by Renault meeting of the year. In Friday’s collective testing Kevin Magnussen (DAMS) outpaced the pack to post the fastest time of the day, with Antonio Felix da Costa (Arden Caterham) and Stoffel Vandoorne (Fortec Motorsports) behind him.

Friday’s testing was preceded by a rescheduled session on Thursday afternoon, during which Kevin Magnussen mastered a damp track to finish ahead of Stoffel Vandoorne, Will Stevens (P1 by Strakka Racing), Marco Sorensen (Lotus) and Nigel Melker (Tech 1 Racing). Today’s two one-hour sessions gave the drivers further opportunities to fine-tune their set-ups for the weekend.

The morning’s light rain did not stop Formula Renault 3.5 Series points leader Stoffel Vandoorne from getting out on to the track first. As conditions improved, Jazeman Jaafar (Carlin), Matias Laine (P1 by Strakka Racing), Norman Nato (DAMS) and Kevin Magnussen all took turns at the head of the timesheets.

It was not until the final ten minutes of the session that anyone came close to the Dane’s time, but when they did, the DAMS driver upped the pace to improve his fastest lap not once but twice and end the morning on top from Antonio Felix da Costa, Stoffel Vandoorne, Nico Muller (International Draco Racing), Sergey Soritkin (ISR) and Matias Laine.

By the afternoon the track had dried completely, allowing the drivers to put some laps together. A keenly contested session began with Stoffel Vandoorne setting the pace, only for Oliver Webb (Fortec Motorsports), Nico Muller, Will Stevens and Mattias Laine to all go quicker.

Kevin Magnussen waited a whole quarter of an hour before making his entrance, as did Marco Sorensen (Lotus). And when the final ten minutes came around, first Antonio Felix da Costa and then Kevin Magnussen improved their best times to occupy the day’s top two slots.

Kevin Magnussen: “We managed to work through our programme for the day. We had some good pace and we have to keep on working if we’re going to build on these performances tomorrow. We need to score big points. I can’t wait for the race to start.”

Antonio Félix da Costa: “You can only be satisfied when you get first place, though we were fast. It’s going to be a very tight weekend and we’ll need to keep an eye on the weather and see where we are on the start grid. It’s a track that everyone knows very well.”

Arthur Pic: “It’s a track that suited me last year, and I think it was a little bit different today. It was dirtier. I think we need to work on the set-up. I’m going to try and improve on my qualifying performance at Monza because it’s always nice to start in the top five. The team’s racing on home soil and I hope I can bring them their first trophy.”