Raffaele Marciello (Prema Powerteam) claimed two of the three pole positions for the three races of the FIA Formula 3 European Championship at the 4.574 kilometres long Hockenheimring Baden-Württemberg. Thus, the Italian got himself into a good position to further extend his lead in the drivers’ standings. Alex Lynn (Prema Powerteam) will be starting next to him in the first race. Tom Blomqvist (Eurointernational) is second on the grid for the second race. In second qualifying, Daniil Kvyat (Carlin) came to the fore in the final second. The guest driver demoted his team-mate Jordan King (Carlin) to second.

Starting grid for race 2
In the ranking for the second-fastest laps, Raffaele Marciello (1:33.685 minutes) also came out on top. The 18-year old ended up ahead of Tom Blomqvist (1:33.938 minutes), who was second. For the driver of the Red Bull Junior Team and his team Eurointernational, this is the best qualifying result to date in the 2013 FIA Formula 3 European Championship season. Lucas Auer (1:34.015 minutes) repeated third place from Félix Serrallés (1:34.040 minutes), Sven Müller (1:34.094 minutes) and Josh Hill (Fortec Motorsports, 1:34.214 minutes).

Starting grid for race 3
In second qualifying, the starting grid positions for the third race were determined. Daniil Kvyat (1:33.367 minutes) only toppled Jordan King (1:33.418 minutes) fron first place in the final stages. Thus, the Russian is the first guest driver to claim a fastest qualifying time in the FIA Formula 3 European Championship. With Kvyat and King, two Carlin drivers are on the front row of the grid on Sunday. After an excursion by Felix Rosenqvist (kfzteile24 Mücke Motorsport, 1:33.536 minutes), qualifying was interrupted for a while. Although he wasn’t able to take part anymore in the final six minutes, he kept his fourth place from Lucas Auer (1:33.486 minutes) until the end. Félix Serrallés (1:33.574 minutes) and Alex Lynn (1:33.583 minutes) followed in fifth and sixth place.

Raffaele Marciello (Prema Powerteam)
“In first qualifying, the car was great and I am happy with my two pole positions. In the second part, however, I had some problems with my car and therefore, it didn’t go so well anymore. That is a pity, but when I win the two races in which I am starting from pole, I have scored a lot of points, too.”

Daniil Kvyat (Carlin)
“Being on pole position for my maiden Formula 3 race is really great and a special feeling. I am very happy. My lap was mega. I am especially happy that I have beaten some drivers who already have been in Formula 3 for three years. I am feeling really well and everything fits well. 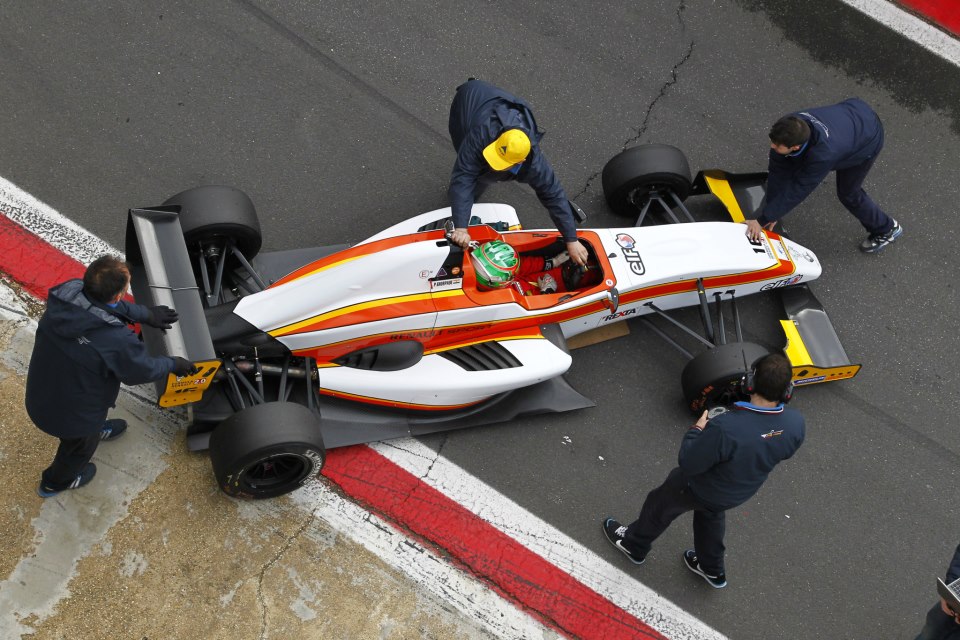 The Swami is in Maryland and the Host is alone in the F1weekly palatial studios but thanks to Skype podcast # 625 their Grand Prix of Spain preview.

Young Indian racer Parth Ghorpade will test a Formula F3 car at the Ferrari Driver Academy in the second week of May as part of his prize for winning the Formula Pilota Asian Championship last year. The Academy is an initiative aimed at helping develop young talent taken from motor sport arenas worldwide with the aim of training them for a future in F1.

The programme is under the guidance of Luca Baldisserri, the race engineer to Ferrari driver Gerhard Berger, Eddie Irvine and most importantly 7 time World Champion Michael Schumacher.

Parth was excited at the prospect of heading to the Ferrari Driver Academy (FDA). He commented, “I am really looking forward to testing the F3 car at the Ferrari Driver Academy. Ferrari is a name that goes hand in hand with Motorsport and it is an honour for me to be present at the Academy. The FDA not only helps in training the drivers, but looks at the physical and mental preparation as well. It will also give me a better understanding of how a big team works and what is required to be successful in racing. I met Mr. Luca Baldisserri in Vallelunga and had told him we had trouble fitting in the time for the test and he immediately fixed it for May so a big thank you to him and the entire FDA team and also BVM Racing who introduced me to him.”

Parth, who is currently participating in the Formula Renault 2.0 ALPS Championship, will have a tight month ahead of him as he continues to test and race with BVM Racing. Parth will head to Italy for a two day test in the Formula Renault 2.0 ALPS car before heading to Fiorano to the Ferrari Driver Academy. The second round of the ALPS Championship will be held at Imola, Italy on May 12.

Parth added, “The two day test will be very important to get a better understanding of the car and prepare us for the race in Imola. Imola is a circuit with so much history and one which looks very challenging to drive on. We should be in better shape for Imola so looking forward to racing there.“