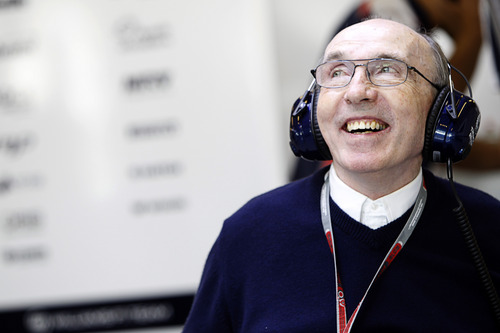 WILLIAMS F1 LOOKING FOR A REPEAT…

Mike Coughlan, Technical Director: The Spanish Grand Prix is always one we look forward to as it is a track we all know well due to the amount of time spent there during winter testing. We also have fond memories of Pastor’s win there last season. A lot of engine and chassis decisions are also based around Barcelona as teams have so much data from there.

Track conditions can change a lot during the weekend, making it a challenge to get a good set-up. The track layout, with its high average speed, also makes it quite hard on tyres. Surprisingly it has a similar power sensitivity to Monaco, due to the long corners and demand on handling. As the first race back in Europe, traditionally many teams will bring upgrades to their cars – and we are no different. Following a successful aero test at Idiada last week, we have a number of upgrades which we will be looking to run over the coming races.

Pastor Maldonado: It will be very special to return to Barcelona after my win there last season. Whilst all the drivers know the track very well and we have some good data from testing here earlier in the year, the track changes quite a lot so you still need to familiarise yourself with the conditions during practice and set up the car accordingly. The choice of tyre compound will also be a big factor on how well the teams handle the track conditions as the track can be quite hard on tyres. We are now entering a very important part of the season because the next couple of races are quite close to the factory, so there will be more opportunities for us to react to our performance on track and make changes to the car.

Valtteri Bottas: Whilst I have never raced at Barcelona in Formula One, I know the track really well as I’ve raced there in Formula Renault and Formula 3 and I’ve done a lot of testing with Williams at the circuit. The win last year in Barcelona was a big motivational boost for everyone and was a good example of what we can achieve when everything comes together. We are working hard to get back to that level and following a good aero test last week at Idiada and a number upgrades coming for this race, hopefully Barcelona can be the start of improved performance for us this year.

Rémi Taffin, Renault Sport F1 Head of Track Operations: Barcelona is a track we know well from testing; this year we covered over 3,000km. It is used extensively as it has a very good ‘average’ of characteristics of other circuits on the calendar. There are a variety of low and medium speed corners that push the RS27 on the lower rev ranges of the engine, but there is also the 1km pit straight where the cars reach over 300kph. The undulating nature of the track also puts the engine internals under pressure so every element of the engine gets a full workout here.

Paul Hembery, Pirelli Motorsport Director: We’re introducing a new version of our hard tyre in Spain, which has been nominated together with the medium compound. The new hard tyre is more similar in characteristics to the 2012 hard tyre, with a wider working temperature window. This gives the teams more opportunities to run a greater variety of strategies in combination with the other compounds, which haven’t changed. Spain is among the tracks that put the highest lateral loads through the tyres all year, so it’s important to strike the right balance as always between performance and durability. Luckily this is a circuit that all the teams know well, so there is plenty of existing data – including from pre-season testing this year –to use when planning a race strategy. We would expect to see three pit stops during the race, as was the case last year. In a fresh departure we’re also introducing a new set of hard tyres that will be used during free practice one on Friday only, in order to encourage all the teams to run throughout the whole session.