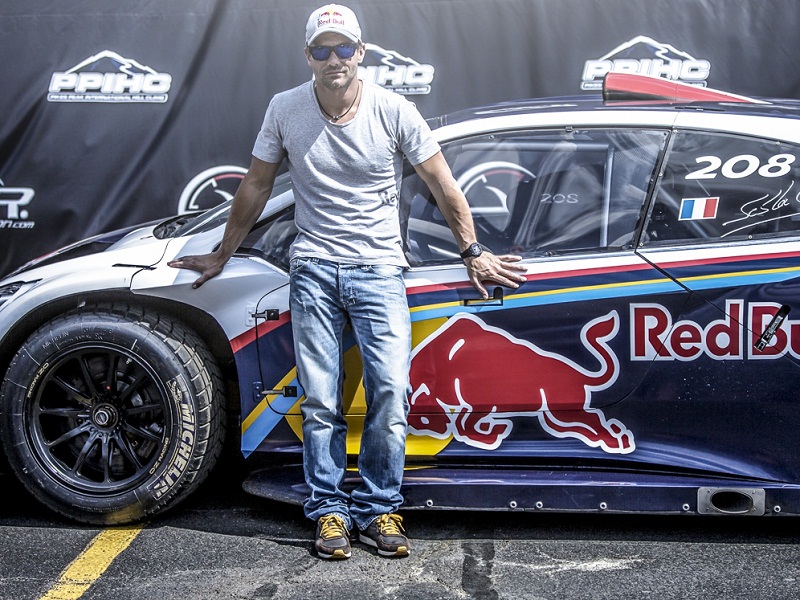 Sébastien Loeb has broken every record there is to break in the World Rally Championship but he’s not quite done with firsts yet. We caught up with the man who has not just blitzed the Pikes Peak International Hill Climb: instead comprehensively pulverized it with a blue and white sledgehammer built by Peugeot Sport…

Sébastien, what did it feel like to drive the 208 T16 Pikes Peak?

“It’s definitely a very special feeling and a big moment. You have the downforce of a Le Mans car, with acceleration that is faster than a Formula One car, going through scenery that is a bit like rallying. It just comes out of corners like a cannonball; the traction is astounding. With steep drops either side, and so much work and investment going into this programme, you obviously can’t make any mistakes… It’s 20 kilometres of taking risks. There was a certain amount of pressure that I felt before the start, that’s true.”

How do you find the right balance between being quick enough to win but safe enough not go off?

“Good question… In fact, before starting, I spent a lot of time thinking about whether or not to push to the maximum to get a really good record or whether or not just to push hard enough to get a result so that we could win. In the end, once I was in the car, I decided to push hard. I’d say I was pretty much on the limit of it with every corner. But it was OK, we didn’t have any moments at all.”

How does this win rank among all your other achievements?

“Well, I’m not going to say it’s like winning a rally title but it still means a lot. I always looked at Pikes Peak in the past and thought that it would be nice to do it one day, and now here I am. For me, with what I’m doing this season, it’s the race of the year. Of all the cars I’ve driven this year, the 208 T16 Pikes Peak is definitely the most fun. This one is a good record, which I think will be quite hard to beat.

How much of a worry was the weather today?

“It was certainly a big worry as there were lots of delays to our start time; every time something else. We had some information from our weather forecasters that there would be rain after midday and then when we were waiting to start it seemed to be getting closer and closer to midday. I thought that if we didn’t get on with it soon, we’d be in trouble… From the start line I could actually begin to see the weather start to close in around the mountain.”

“Before starting on this programme I did ask myself whether or not this car would be too extreme for me to find the same sort of feeling and confidence as I have in my rally car. After all it’s 875 horsepower and the most radical car I have ever driven. In the end though I had a very comfortable feeling with the car and I was able to push with full confidence.”

So will you be back next year?

“To be honest that’s not something we’ve spoken about. I’ve really enjoyed this but we’ll see what happens and who tries to break the record. The feeling is amazing, but the risks are also high.”