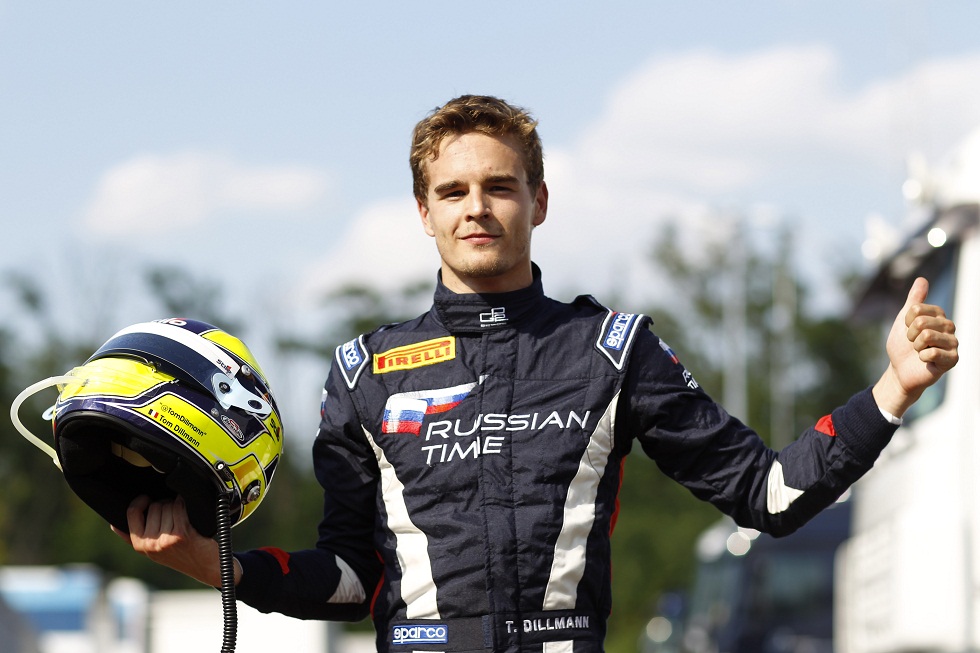 Tom Dillmann grabs maiden GP2 pole –
RUSSIAN TIME lock out front row in Budapest
Tom Dillmann is a happy boy today: the Frenchman bagged his first ever GP2 pole position in today’s qualifying session at the Hungaroring with a laptime of 1:28.219, a hair’s breadth ahead of teammate Sam Bird. Fabio Leimer took third.
It was still very hot in Hungary when the pitlane opened for today’s qualifying session. Marcus Ericsson was the man who set the early pace dipping under 1m29s with teammate Stéphane Richelmi in tow, both men showing once again how quick reigning champions DAMS are. Jolyon Palmer and Johnny Cecotto also found the pace to break the 1m29s barrier.
But on his first fast lap, Dillmann bettered Ericsson’s laptime by five tenths and claimed the top spot, and little did he know at that point that it was going to be enough to grab pole at the chequered flag. His teammate Bird moved up to second on the same lap but was four tenths slower than the Frenchman, leaving the DAMS pair in P3 and P4.
All the drivers returned to the pits for a set of fresh Soft Pirelli tyres and when the action picked up again, it was all about trying to get as close as possible to Dillmann’s laptime. Felipe Nasr who had only completed two laps in this morning’s free practice session moved up to third. That’s when Fabio Leimer was able to find some extra pace and clocked a laptime that put him second on the timesheet. In the dying minutes of the session, Bird put his head down and bettered the Swiss’ time, but ended 0.07s shy off Dillmann and the pole position.
At the chequered flag, Dillmann was all smiles as he pocketed his maiden GP2 pole and newcomers RUSSIAN TIME enjoyed their first front row lock out. Leimer ended third ahead of Nasr, Ericsson, Richelmi, Palmer, Rio Hayranto, Alexander Rossi and Daniel De Jong.
Budapest – Qualifying Session

CAR 1, SEBASTIAN VETTEL  :
“The car feels okay, but there’s always a lot of work to do and there’s some room for improvement. My long run wasn’t completely clean, as we had to abort it at the start due to the brakes being a bit hot, but you work to find the limit. I don’t think the tyres feel massively different, but they are a step in the right direction. “
CAR 2, MARK WEBBER  :
“The tyres feel quite similar to those used previously; we got a feeling already from Silverstone. It went well today and I’m happy, the car felt good and the team did a great job. Sunday is the main thing; qualifying is important, but Sunday is what we have to focus on. It’s a demanding circuit and the conditions are set to stay the same, so I don’t think we’ll be changing a huge amount tonight.” 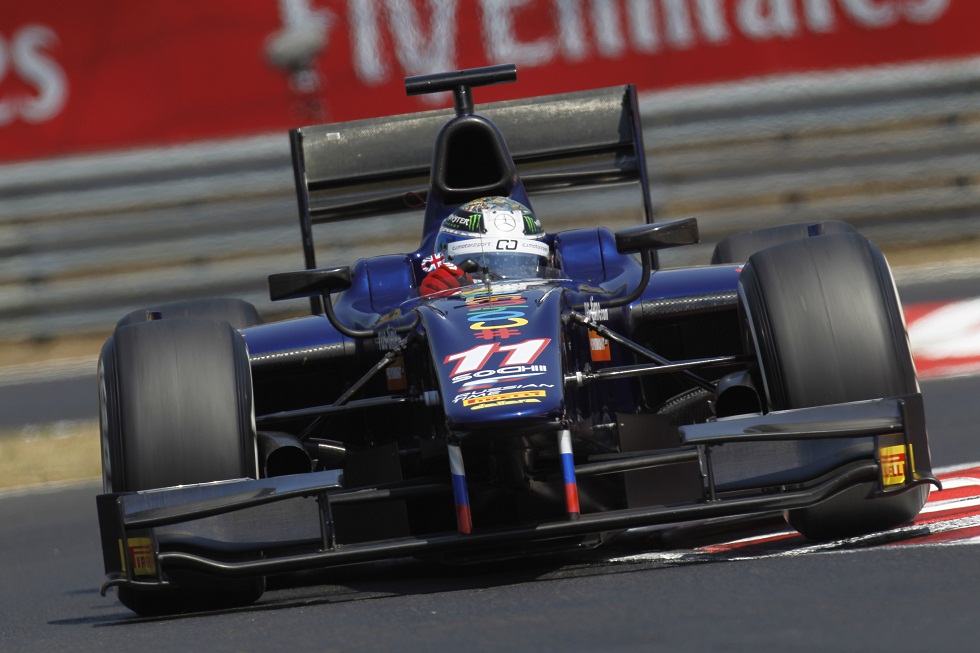 Sam Bird leads the way in Budapest –
RUSSIAN TIME ace quickest in free practice at Hungaroring
Title contender Sam Bird had the perfect start to his GP2 race weekend setting the fastest laptime of this morning’s Free Practice session at the Hungaroring with a laptime of 1:29.408. The Brit’ finished three tenths ahead of Sergio Canamasas in P2 whilst Bird’s teammate Tom Dillmann completed the top three.
The seventh round of the 2013 season opened this morning in scorching temperatures. All twenty-six drivers opted for Prime Medium Pirelli tyres for the thirty minute long practice session. It was Alexander Rossi who set the early pace right before a yellow flag came out when Felipe Nasr stopped at Turn 14 following a small mistake. The Brazilian was not able to re-join and had to sit out the rest of the session.
When the track was clear, James Calado found some extra pace to improve on Rossi’s laptime and take the top spot on the timesheet, but Bird set both sectors 1 and 2 ablaze to claim P1 with a time eight tenths of a second quicker than his countryman.
Dillmann improved on his personal best as well and moved up to P2 just before Calado lost control of his car at Turn 11, span off track and stopped, putting a premature end to his session as well. Canamasas was then on a mission and took P2.
At the chequered flag, Bird sat pretty at the top of the timings ahead of Canamasas and Dillmann. Calado ended the session fourth ahead of Marcus Ericsson, Johnny Cecotto, Fabio Leimer, Daniel De Jong, Stéphane Richelmi and Jon Lancaster.
With the temperatures rising and the option to use Soft Pirelli tyres, the qualifying session which will take place at 15.55 today promises to be another GP2 classic.
Budapest – Free Practice
F1Weekly podcast # 815