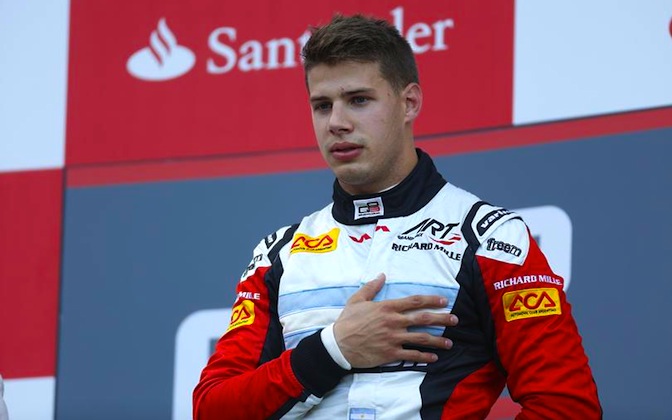 Clark and Nasir talk about the Singapore Grand prix, the effect of Kimi on Fernando Alonso and we have a special interview with GP3 driver Facu Regalia and 50 words from the Forum—

Regalia began karting in 2006 and raced primarily in Spain for the majority of his career.

Regalia began his formula racing career in 2008 in the newly-created Formula BMW Europe with EuroInternational. He finished sixteenth overall in the championship, with nine point-scoring finishes and 60 points.

Regalia remained in the series for the following season but switched to Josef Kaufmann Racing. He improved to eighth in standings, taking thirteen points-scoring positions in sixteen races. In 2010, Regalia completed his third season, joining Eifelland Racing. He finished eighth in the championship for the second successive season, achieving his first podium at Zandvoort.[3]

2011 saw Regalia move to the Italian Formula Three Championship, competing for Arco Motorsport.[4] He finished tenth in the championship with two podiums at Imola and Vallelunga.

As well as his European F3 Open commitments, Regalia also participates in the Auto GP World Series with Campos Racing.

Regalia made his GP3 Series debut, in the fourth round of the 2012 season at Silverstone. He replaced Jakub Klášterka at Jenzer Motorsport.[7] In 2013, Regalia will be competing with ART Grand Prix.