The first two days of the Rallye de France more than lived up to expectations. And although the popularity of the Alsatian event is undeniable, the same might be said of its unpredictable weather and changing grip. However, this didn’t prevent Quentin Gilbert from impressing on the seven stages contested, leaving Sébastien Chardonnet forty seconds adrift in second, with Keith Cronin completing the provisional podium in third place.

Thursday began with the shakedown in the morning and ended with the day’s only stage, held in the centre of Strasbourg. Sébastien Chardonnet, Quentin Gilbert and Stéphane Consani were the first to feature, forming the provisional top three in the WRC3 category. Behind them was Keith Cronin, who was held up by a car setting off ahead of him, and then Christian Riedemann, who damaged his rear suspension after a minor impact.

Hard or soft compound tyres? That was the real question of the day on Friday, with the weather playing havoc with the nerves of the drivers. Conditions would indeed prove to be a key factor when it came to managing the leg’s 116 kilometres of timed stages.

Showing an impressive level of control and maturity, Quentin Gilbert was the revelation of the day. The man from the Vosges won four stages, adapting his pace to the difficulties posed by the course.

“I really enjoyed it today and the DS3 R3 was perfect,” commented Quentin at the end of Pays d’Ormont. “We pushed when the conditions were suitable, but we had to take it easier in the trickier sections. All of which means we end the day in the lead, which we’re really pleased about. We also know there is still a long way to go in the rally and that the rain can make a big difference. It is up to us now to play our cards right to hang onto the lead.”

Second in the Top Driver standings, Sébastien Chardonnet wasn’t entirely satisfied with his day. He bemoaned a poor tyre choice and admitted that his team-mate had dominated proceedings today.

Keith Cronin holds the final spot on the podium despite making several minor errors this morning. A more consistent performance on the second loop enabled him to consolidate his position.

Christian Riedemann and Enrique Garcia Ojeda round off the top five. Although the young German’s DS3 R3 was hit by rear suspension problems following a minor impact on SSS1, “Kike” gradually learned how to handle the French roads and didn’t take any unnecessary risks. 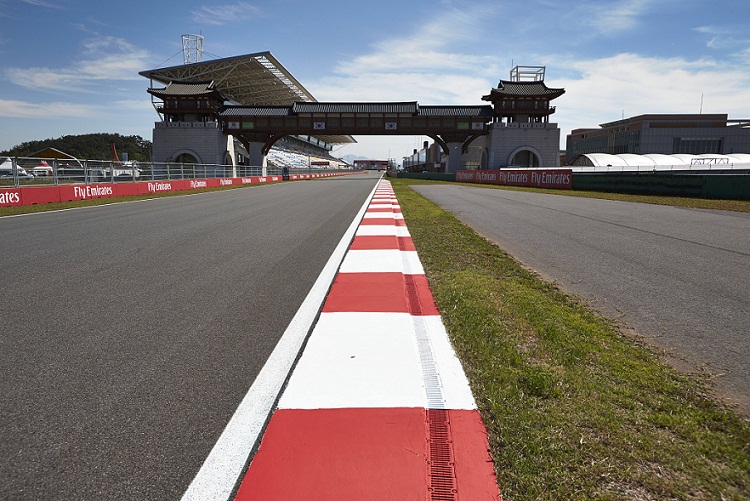 HAMILTON ON TOP IN FRIDAY PRACTICE—

Lewis Hamilton and Nico Rosberg completed today´s free practice sessions for the 2013 Formula One Korean Grand Prix in first and third positions after a strong day of running.

• Tyre evaluations and set-up fine-tuning were the order of the day, with both cars in the top four in both sessions.

Nico Rosberg
The track is really great and the small changes that have been made this year are good improvements, especially the pit exit which is now much better. Generally it seems that we had a good day but Red Bull is always very hard to beat. We were quite close to them today and I hope this will continue the whole weekend. My only concern after the long runs was graining on the front tyres, which is something we need to work on tonight and watch out for. We have brought also some new bits and pieces to Korea which are working well and leaves me optimistic for a strong result this weekend.

Lewis Hamilton
I was very happy with how the sessions went today and it´s the first time I can remember that second practice has really gone well for me. We haven´t changed anything but the day just went smoothly and all the processes with the team worked well. I love this track: it was clean from the start, it provides good racing on Sunday afternoon and it just gets harder and harder through the lap. You have the first sector which is good for overtaking, then you get more and more corners coming at you and those final two sectors are all about precision. You need a good downforce package, too, and the car is feeling good. We can still make improvements overnight, and I have some things I want to do with the set-up, but it´s been a good start for us.

Ross Brawn
We made a good start to the weekend with both cars today. We ran through the planned programme, evaluated our test items and got good long runs on both types of tyre in the afternoon session to give us plenty of data to pore through this evening. In terms of competitiveness, all the usual Friday caveats apply: we know only what fuel loads we ran, not those of our competitors, so tomorrow will show us where we actually stand. As always, we will work hard overnight to further improve the cars and build on this good start to the weekend.