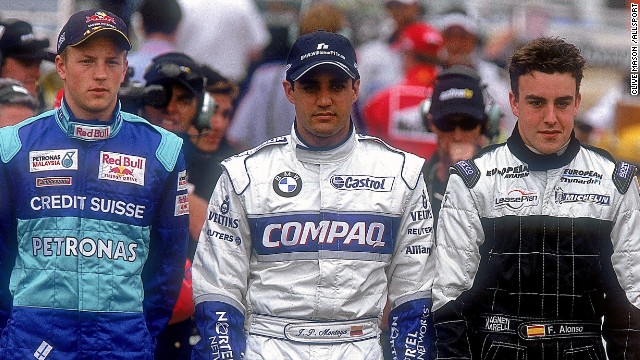 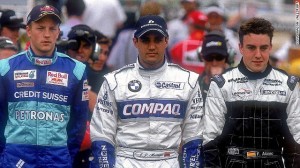 JUAN PABLO MONTOYA (Team Penske): “Every year you came here and you’re not in an Indy car, it’s cool, but you want to come to the Museum to see the Indy cars. It’s not the same. The Brickyard is a big deal, but it’s not the Indy 500. I never thought I’d be back here to try to get another win. I’m excited and to race here for Team Penske is a hell of a chance (to win).”

(What’s it like to be back at Indianapolis Motor Speedway?): “It’s pretty exciting. I really haven’t thought about it too much. I’m more of a guy who goes, ‘What’s next? Are we testing? Are we doing this or are we doing that? I try not to think about it too much. Once we need to come to Indy, I’ll worry about Indy and not before. Still it’s exciting. If you think about it, I’m 1-for-1 here and it would be cool to be 2-for-2.”

SCOTT DIXON (Target Chip Ganassi Racing): For a driver, and anyone involved with the Indy 500, the Speedway is a really special place. The history and everything about it. Coming from New Zealand this is pretty spectacular and I think you can say that about anybody. The way the year works out, you can break it down into two goals. You can try to win the Indianapolis 500 and then try to win the championship. It’s always an exciting time. To try to get everything right in just a three hour time is nearly impossible.”

(Can Juan Pablo Montoya step in and be competitive at the top level?): “Yes. Absolutely. As they just said, he’s won in every kind of formula that he’s ever been in. It’s going to be a learning curve, but it’s not something that he’s not done before. Yes, the past six or seven years have been a totally different kind of car, but this year with some of the changes in testing, it’s opened it up a bit. There’s 18 days in total now, which seems like more than what we’ve had recently.  That’s good for him, but the addition of being in a really strong team and having really strong teammates will definitely quicken that process up. Say he comes in a little slow; it won’t take long if he does. I expect him to be quick straight out of the box and having the possibility of going for race wins straight on.”

(Has the manufacturer switch affected the team’s preparation for the upcoming season?): “In some ways, change is enlightening.  Over a two year period – if you look at the previous four or five years with Honda it wasn’t the same because there was no competition – the last two years was a short time, but it was relationships you’d be working on for quite some time. The change is what it is, but it makes it interesting, too. The engine is totally different, even though they are very close and competitive on track. The ways they have reached that power and drivability from different directions and that’s quite exciting.”

HELIO CASTRONEVES (Team Penske): “Being in Indianapolis is always incredible. Winning three times and being so close to winning four. I’m sure these other guys feel the opposite. But if I get four, I’ll be able to join Rick Mears, who I work with and is my mentor and hero. It would be amazing and a dream come true to be in the same group as Rick, A.J. Foyt and Al Unser Sr. I know it’s a big task, but I have big dreams as well.”

TONY KANAAN (Target Chip Ganassi Racing): “Now I know why these guys enjoyed winning the Indy 500 so much. You get to celebrate for a year. It’s January and tomorrow I go to Detroit to finally get my Baby Borg. I don’t have my ring yet, which I’m waiting for quite anxiously. A lot of things have happened since (May). But I have to say, all the good things that happened was because of the win.”

(About his transition to Target Chip Ganassi Racing): “It’s been pretty smooth. We did a test in December, but I was in the 8 car… I haven’t driven the 10 car yet, but we’ll see what that’s like on Friday.

(About communicating with Dario Franchitti): “I’ve been with him all day, yesterday. We had dinner last night. We’re having dinner tonight. We’ve been talking. It’s funny. I expected that we were going to be talking more, even if he was still racing, because we are in the same team. Since his retirement, we’ve been talking every day. More than ever. He’s still part of the team, so for me, it’s still hard for me to see that he’s not going to be around driving the car. Not a lot of things have changed. We’re not going to bang wheels on the track but we still talk a lot.”