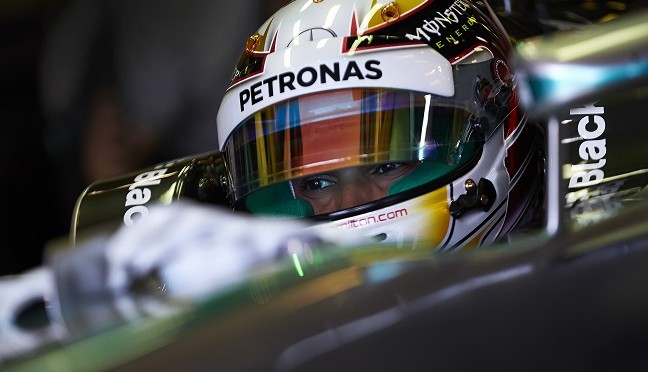 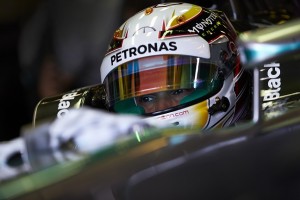 Lewis Hamilton : It really was a day of two halves today. While it was disappointing to not get any track time this morning, these little hiccups are going to happen with the new cars and we´ll have to get used to that. It felt like I was on the back foot from there but then we got up to pace quite quickly in P2 and found the balance relatively fast. I feel quite comfortable in the car so overall it´s a positive start but we need to look at the data now and understand where we are. We got a nice foundation for the weekend in the second session today so hopefully we can build on that in P3 tomorrow afternoon and then see where we are in qualifying.

Nico Rosberg : It was so great to be back in the car today and I´m very pleased with the progress that we made. As always on a Friday, we don´t really know where we are in terms of pace yet and how much fuel everyone else was running in comparison to our programme. It´s definitely going to be very tough on fuel here, as we expected. The screen on my steering wheel shows the fuel target for each lap and we´re going to have to be very disciplined in the race. It´s a pretty good start for us overall and I´m looking forward to the rest of the weekend.

Romain Grosjean: “If we take the positives we can say that we’ve completed a few practice starts, and we’ve proven that Renault have done a good job from the laps we completed. It’s certain that we have a lot of work ahead and we still need to learn the tyres, the brakes and find a good setup. We’re taking a few steps every time we go out in the car and for sure we’ll get where we want to be.”

Pastor Maldonado: “I’m feeling really ready for tomorrow. I spent a lot of today waiting to get in the car as we had some problems, which I think are still normal to have so early in the season with these new cars. It was clear that we’re not the only ones to suffer on track and we have to work very hard, and maybe harder than the others, to try to catch up and be ready for tomorrow. We need to sit down with the engineers and re-plan our strategy for free practice.”


SEBASTIAN VETTEL : “In a way it’s a relief today, the fact that we were running, we didn’t have any problems, the balance was good and the performance looked alright. In the end Friday times are not worth a lot, but it’s better to be close to the top rather than somewhere towards the back, so I’m very happy with that. We will do what we can to prepare for tomorrow and Sunday, but let’s see where we are then – the most important thing is that we finish.”
DANIEL RICCIARDO: “I knew the guys were doing everything they could since testing but still, we didn’t expect to do that many laps today, so I’m really happy and pleased for them. I think we have to be pretty positive with where we ended up today. We expected Mercedes to be quickest, but we were within a second of them today so that’s a lot better than we thought. Let’s see if it’s the same story after qualifying tomorrow, but for today we’re pleased.”

Marcus Ericsson: “That was a more difficult start to my first full Grand Prix weekend than I’d have liked, but hopefully that means we’ve got all the problems out of the way on day one! This morning it was an electrical issue with the engine that meant I only did one lap – out on the main straight the power suddenly dropped but I was still able to get the car back to the pits and when we had a look at it we found it was an electrical problem so that was fixed over lunch. In the afternoon we were back out at the start of FP2 but this time, when I boxed, there was a hydraulics leak. A bit like with Kamui’s car, fixing anything like this under the engine cover takes a lot longer than it used to with the old engines, so that was the end of the session for me and more work for the boys.

“Despite that I’m still very positive. Even with the good reliability we built up in Bahrain, we still came here knowing it could be a difficult weekend and I know I have to just stay focused on doing the best job I can when the car’s running as it should. There’s a lot of work ahead of us but we’ll do whatever we can to be back on track tomorrow and when it’s all fixed I’m ready.”

Kamui Kobayashi: “One lap in both practice sessions is obviously not a good way to start the season, particularly after our reliability had been good in the Bahrain tests, but we know what the problems are on side and we’re all working very hard to fix them for tomorrow. The problem on my car was to do with the fuel system – it was fine on the installation lap but when I boxed we had a small fire under the engine cover which came from a fuel system leak. The fire was out immediately but when we’d found the problem we knew it couldn’t be fixed in time to run in FP2 so made the decision to remove the Power Unit so we could fix the issue and aim to run properly tomorrow.

“Despite how the weekend has started I’m still pretty positive about what could happen tomorrow and on Sunday. We might be a small team but everyone works as hard as anyone else in the pitlane and if we can get back to the Bahrain test reliability levels I think we can still have a good weekend.”