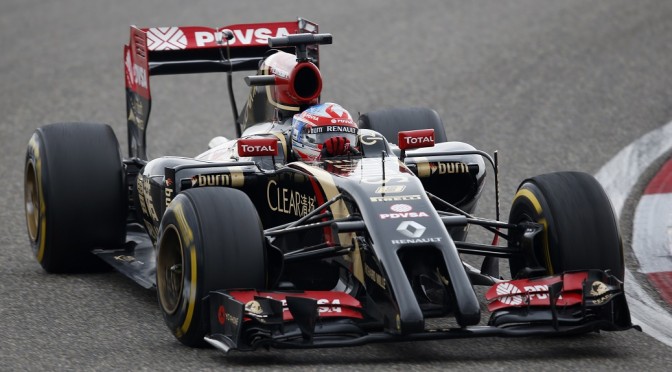 After seeing a top ten start thwarted by a rare gearbox issue at Shanghai, Romain Grosjean is determined to see the team’s progress rewarded in Barcelona…

Is it a case of glass ‘half full’ or ‘half empty’ after China?

The gearbox problem was obviously a big disappointment. But the overall picture for the whole weekend was 90% positive. We didn’t get a reward at the end, but we know we made a step in the right direction with the car. Before the problem in the race we were the second Renault team, also in front of the McLarens and fighting with Force India. That was positive.

Do you think the car is now delivering its potential?

I think it is getting there. It is still not as good as we believe it can be. The aim in Barcelona is to keep improving, but we know we have a decent platform to work from and solve the remaining issues. Of course power unit wise we are not yet equal to the best and from our side we are still behind the top Renault team.

How do you explain the progression made at the last race?

On the exterior the car looks the same however we had a number of mechanical upgrades and also improvements that came from Renault Sport F1. Also, we continue to learn and understand the E22 and how to exploit areas we can continue to improve on.

It seemed the team made a bigger step than the other Renault teams in China?

Yes. On paper we made a big relative improvement in China but it wasn’t just one thing. We took the Renault updates and our own updates as well and moved forward. Altogether we made a big step, even though there were no massive changes on the car – we’re just trying to make everything work together better. There is more to come for Barcelona.

What does returning to Barcelona mean for you?

Barcelona means the start of the European season. That also means we can travel less, which is good because I’ve now seen every single movie on the plane! But seriously it’s easier for the engineers to bring new parts to the track and it’s always nice to see European fans. I’m happy to be back in Barcelona. I have some good memories and it’s a track where I finished 4th back in 2012. It is a circuit everyone knows well, so as a team we go to Barcelona intent on getting much more performance from the car. We are concentrating on this goal. We just have to push as hard as we can and stay as positive as possible even when the going gets tough. As a team we have to stay united, it will make us stronger as a unit.