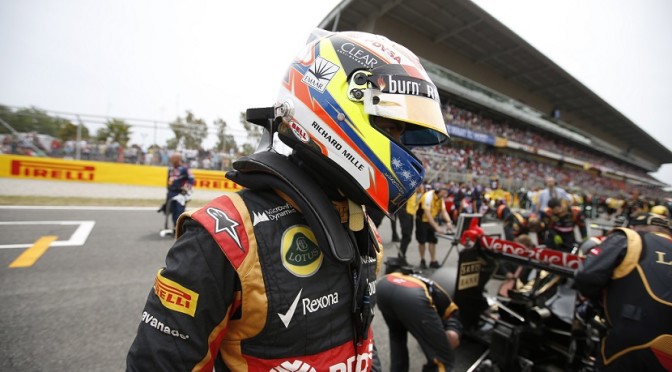 Clark and Nasir go over the results of the Spanish Grand Prix, we have another outstanding Motorsports Mondial and…Here is an interview with Pastor Maldonado and his Monaco Grand Prix preview.

After setting the pace at the Barcelona post-race test, Pastor Maldonado is primed for the Monaco Grand Prix…

Was the Barcelona test as good as it looked?

Pastor Maldonado: Yes. I would say it was our first ‘normal’ test without any problems and we were able to complete our entire schedule. It was really important and a very positive test because we learnt so much more about the car. Everything is getting better and better in my opinion. Of course I’m happy with the result as well.

Can you feel the progress when you are driving the car?

The car has made a big step forward from where we were. The focus of the test was to continue to develop settings and try new ideas. It was a busy programme to be honest, but hopefully the rest of the season will be much better for us. We got a lot of data which our engineers took back to the factory to analyse in detail.

What’s the significance of such a positive test for the team?

I think it’s a great boost for everyone at Enstone and of course as a driver it gives me more confidence in the car so I can aim to achieve better results. If you think about where we were and where we are now it is an incredible step forward – particularly when the other teams are moving forward with their development too. It’s a true testament to the team’s capabilities and I hope we can start to get the results on track that we so deserve.

Looking ahead to Monaco, what makes it so special for you?

First of all it’s such an historic Grand Prix and an iconic race for Formula 1. I really love it. I’ve been very quick in the past and I think it is one of the most special weekends of the year. The atmosphere is unique. The track is really challenging and changes a lot over the sessions, which you need to anticipate. It’s difficult to be quick close to the walls and overall it’s a very tough race, demanding in terms of concentration and stressful physically and mentally. The only negative thing is that it is quite difficult to overtake, but it is not impossible.

What are your favourite parts of the circuit?

I really like the Casino and Swimming Pool sections. Every corner in Monaco has its own challenge, and own individual approach needed – that is probably the beauty of the circuit there. It’s where I live now so I might be biased, but it’s a very special place.

What are your early memories of Monaco?

Monaco was always my favourite track when I was watching Formula 1 on TV as a kid. Then the first time I went to a Grand Prix was also Monaco, in 2003, which was my first year in Formula Renault. Juan Pablo Montoya won and it was amazing to see how close they were to the wall and how quick the cars were, because they had V10 engines then. Another good Monaco memory for me is winning in GP2 in 2007 and 2009.

How difficult do you think it will be to drive the new F1 cars at Monaco, with all the new switches and settings?

We will be very busy in the cockpit with all the switches and changes to be made. We’re also going to face a big challenge as the tyres are harder than those we’ve used in Monaco in the past. In Barcelona we ran with the super-soft and were able to finish the lap without causing problems for the tyres, which was not the case in the past. So that’ll be a big question mark. For sure Mercedes is the strongest team at the moment but we are focused and pushing hard to catch them.

There has been a lot of talk about changes to improve Formula One, what would you like to see?

It’s difficult because ultimately the rules are the same for everyone. But I would like the performance of the cars to be closer. That is the main thing. Whatever the cars, whatever the teams, we need better competition. That’s certainly what we’re pushing for as a team; to be closer to the front. 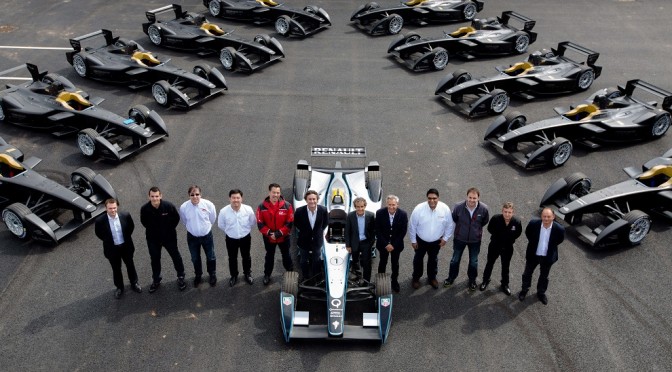 The FIA Formula E Championship is gradually building up to the new competition’s first race in Beijing, China, on September 13. An initial series of development tests, which went perfectly at a variety of circuits in January, allowed the car’s architecture and systems to be checked, and the first batch of electric Spark-Renault SRT_01E racing cars have now been delivered to the championship’s 10 registered teams at Donington, England, on May 15, in keeping with the timeframe set for Spark Racing and Renault!
Said Patrice Ratti (General Manager, Renault Sport Technologies): “We are delighted to have worked alongside Spark ahead of the delivery of the first 10 Spark-Renaults to the Formula E teams. It was no mean feat because this is the world’s first small-scale production-produced single-seater electric racing car to deliver such a high level of performance. To have succeeded is another illustration of the passion that fires the teams of experts who work at Renault Sport, as well as of their grasp of advanced electric vehicle technologies.”
Frédéric Vasseur (President, Spark Racing Technologies): “The development, fine-tuning and production of such an innovative racing car as the Spark-Renault SRT_01E in such a short lapse of time was a challenge that we are particularly proud to have risen to. The cooperation we enjoyed with our various partners was remarkable and the input from the teams at Renault Sport was especially decisive in enabling us to develop a car that is reliable, safe and competitive. We are delighted to have reaped the fruit of our collaboration with Renault.”
Alain Prost, co-director of the French team E-Dams, and also an ambassador for Renault, was at Donington for this landmark delivery.

Meanwhile, Renault took advantage of the opportunity to present the keys of a Renault ZOE to Alejandro Agag, Chairman and General Manager of Formula E Holdings. His use of this vehicle as his personal car will allow him to see the benefits of zero-emission* motoring (i.e. no noise, crisp acceleration from low speeds and driving enjoyment) for himself and consequently join the 98 percent of Renault Z.E. owners who are satisfied with their car.