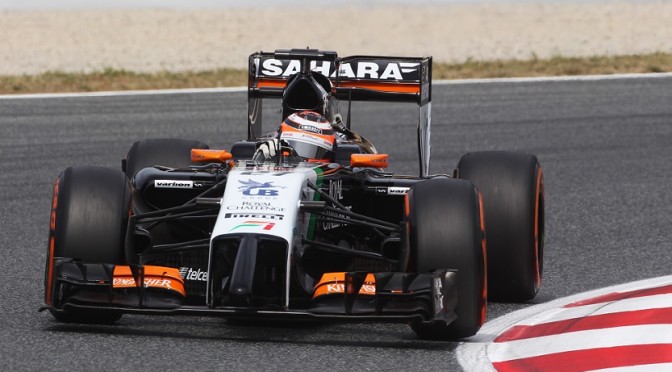 Nasir and Clark have a fun discussion over the Grand Prix de Monaco, we have an outstanding Motorsports Mondial and of course 50 words from the F1W forum.

Here is an F1W bonus: Interview with Nico Hulkenberg

Nico Hulkenberg looks to extend his run of points finishes this weekend.
Nico, you’ve scored points in six out of six races in 2014. You must be pleased with that…
It’s my best run of results in Formula One and I’m really enjoying the racing. I’ve said many times that consistency is our strength and we showed that again in Monaco with another fifth place. Monaco was not our strongest track, or our weakest track, but we still brought the car home for a great result.
What about those final laps in Monaco. How tough was it to hold on to fifth place?
It was such a hard race. There was pressure from behind and my tyres were gone. Just keeping the car out of the wall was difficult. So it was a big relief to keep Jenson behind. I was shouting over the radio when I crossed the finish line because it was such a satisfying result for everyone in the team.
Looking ahead to Montreal what are your expectations?
It’s difficult to say how we will perform in Montreal. In theory it should be one of the better tracks for us, but things change from race to race. It’s good that we have the soft and supersoft tyres again because I think the softer tyres are more suited to our car. As an overall event the Canadian Grand Prix is one of my favourites because of the buzz around the city and the unusual track. To get a quick lap you need good top speed, a car that can attack the curbs and you also have to be brave enough to get close to the walls.
[audio:http://www.podtrac.com/pts/redirect.mp3/mp3.f1weekly.com/podcasts/06-04-14f1weekly656.mp3] 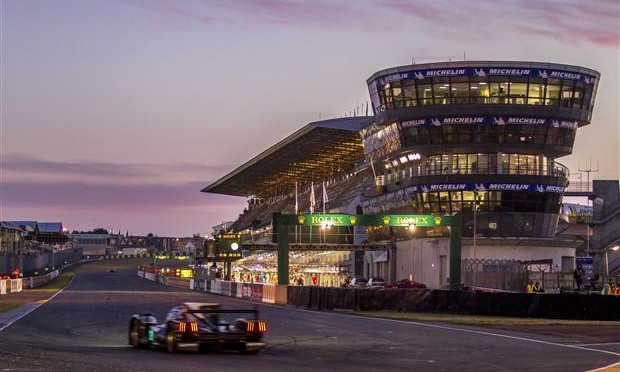 A little over a week remains until the start of this year’s 24 Heures du Mans. Last weekend’s test day on the 13.629km Circuit de la Sarthe enabled most of the 56 competing teams to hone their preparations for motor sport’s most famous endurance race.

No 24 Heures du Mans is ever banal, but this year’s 82nd edition promises to be particularly engrossing. First and foremost, the quest for supremacy in LM P1 has reached fever pitch with a wide open three way battle forecast. Defending champion Audi, despite an impressive three car roster including Loïc Duval, Marcel Fässler and record nine-time winner, Rolex Testimonee Tom Kristensen, will face a stringent title defence owing to the determined challenges of rival manufacturers and drivers. 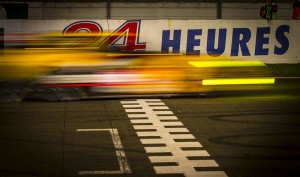 Toyota has made an impressive start to the 2014 FIA World Endurance Championship (winning both races in the lead up to Le Mans). During last weekend’s test day, Toyota also recorded the fastest lap time (set by Swiss driver Sébastien Buemi in 3:23.014) and its two cars topped the time sheets. The signs are encouraging for a first win in LM P1 by the Japanese manufacturer. The return of Porsche, after a 16-year absence from the prototype class, has also grabbed its share of headlines. At the test day, Porsche’s best-placed car finished fifth – behind the two Toyotas and Audi cars #1 and #3.

Each of the three manufacturers has selected a different technical approach for the 2014 race from choice of engine and fuel to aerodynamic package. Engineers have been given a creative licence to find the winning solution, taking into account the nature of the race which includes moments of dense traffic, changeable weather conditions and seven hours of night-time driving.

One factor all nine LM P1 teams face is the new regulations governing fuel efficiency. Teams are required to consume 30% less fuel than in the past, a measure which adds a new layer of intrigue to the race and has been embraced by engineers and drivers alike. “30 per cent is a big gain we have to achieve so we try to find a little bit everywhere: on our driving, the engine and the aerodynamics,” explained Toyota driver Nicolas Lapierre, part of the fastest team on test day. “We have to look at all of the data and try and understand where we can save a little bit more fuel.”

Eighteen cars will contest the LM P2 class, 28 in the GTE classes; nine in Pro, 19 in Amateur. 168 drivers from nearly 30 countries will take part. France is the most represented country (37 drivers), followed by the United Kingdom (27) and the United States (18). The LM P1 class contains eight former race winners.

The 15:00 CEST start on Saturday 14 June will be conducted by two legends of the sport. Recently retired Allan McNish, three-time winner of the race, will serve as Grand Marshal while Fernando Alonso, two-time Formula 1 world champion, will have the honour of unfurling the tricolour start flag.

The 24 Hours of Le Mans was founded and is organised by the Automobile Club de l’Ouest (ACO). Rolex has been Official Timepiece since 2001.