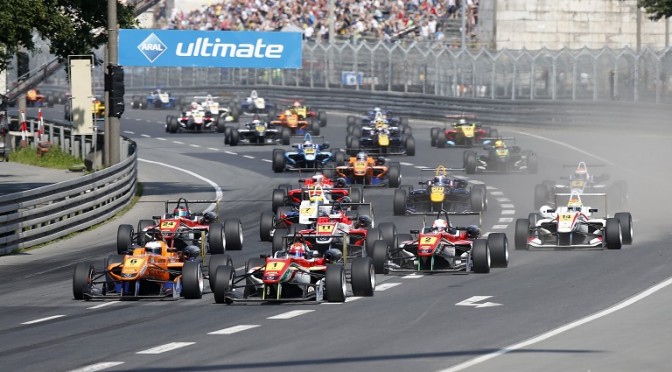 Just a week after having mastered the demanding Formula 1 circuit of Spa-Francorchamps, a.k.a. the Ardennes Rollercoaster, the young Formula 3 drivers now will have to face a completely different challenge: Nuremberg’s Norisring – a street circuit and with a length of 2.3 kilometres the shortest track on the FIA Formula 3 European Championship calendar. Felix Rosenqvist (kfzteile24 Mücke Motorsport) and Félix Serrallés (Team West-Tec F3) have particularly fond memories of Nuremberg. While the Swede won one of the races of the 2013 Norisring meeting and made it to the podium in the other two, Puerto Rico’s Serrallés secured two Norisring podiums in 2012. 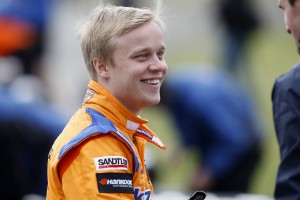 Both Rosenqvist and Serrallés must score as many points as possible, this weekend. With 15 races contested, the Swede holds only sixth position in the championship and Felix Serallés has to settle for being only 11th. Last weekend in Belgium, however, the 21-year-old Puerto Rican and his Team West-Tec F3 – a newcomer team on the FIA Formula 3 European Championship grid – demonstrated their potential and came very close to securing a podium.

Meanwhile, three of the top-five positions in the championship are held by extremely competitive Formula 3 rookies. France’s Lotus F1 Junior Esteban Ocon (Prema Powerteam) is the championship leader, with the experienced Briton Tom Blomqvist following 94 points behind in second position. Rookie Max Verstappen (Van Amersfoort Racing) won all the three Spa-Francorchamps rounds and consequently leaped to third place. With a total of four race wins, the Dutchman overtook Austria’s Lucas Auer (kfzteile24 Mücke Motorsport) who is tied for points with Verstappen. Italian Antonio Fuoco (Prema Powerteam), a Ferrari Driver Academy protégé, holds fifth place and is the third rookie among the five top-placed drivers. All the three rookies are going to contest their first races at the Norisring while Blomqvist and Auer already know the circuit located in the heart of Nuremberg.

Felix Rosenqvist (kfzteile24 Mücke Motorsport): “The Norisring layout looks easy but racing here is anything but a walk in the park. Furthermore, the racing is that close – particularly in the qualifying sessions –, that the slightest mistake can cost you numerous positions. On the positive side we’ve got the fact that the Norisring offers overtaking opportunities. I’ve got fond memories of this venue as the 2013 race meeting went really well, for me. In the years before I had my problems with the track but last year I realised that consistent work can pay off and helps you to even deliver at tracks that you believed to not suit you. My goal for the coming weekend: wins and many points to reduce my deficit in the championship.”