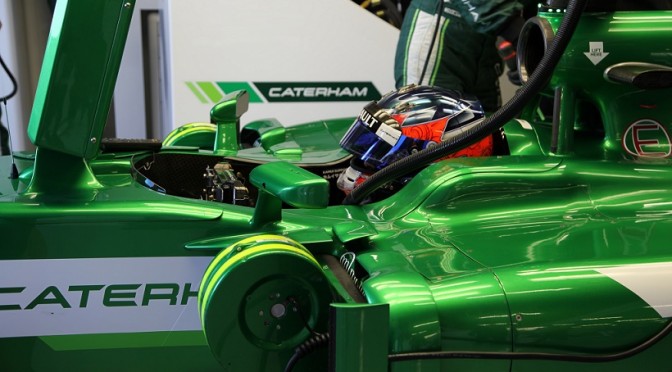 GP2 race winner Nathanaël Berthon has today been confirmed as one of the drivers in Caterham F1 Team’s new Development Driver Program. The Development Driver Program will give up-and-coming racing drivers the opportunity to embed themselves in Caterham F1 Team’s on and off-track operations, helping to prepare them fully for the step up to Formula One.

Nathanaël already has F1 experience, having driven in the 2011 young driver test at Abu Dhabi for HRT. Since 2012 he has been competing in GP2, winning the GP2 sprint race in Hungary in 2013 when he was with Trident Racing, and now competing in the 2014 season with Venezuela GP Lazarus.

Christijan Albers, CEO, Caterham F1 Team: “We are very pleased to welcome Nathanaël into our Development Driver Program. He is an exciting young talent with a proven track record in the feeder series for F1 and as he already has F1 experience he fits very neatly into our team. We will work closely with him to help him reach his full potential and are all excited about seeing him continue to grow as a driver, in and out of the cockpit.