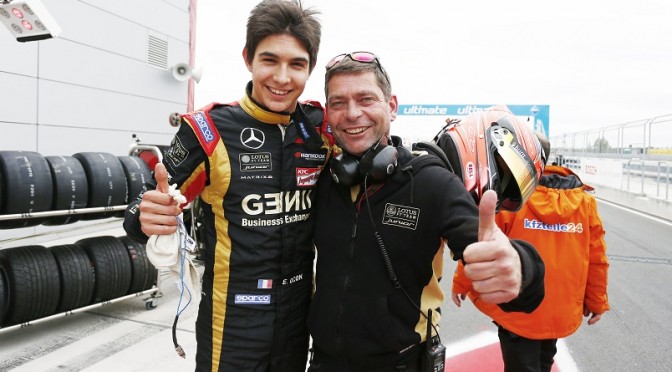 In first qualifying, Esteban Ocon waited for a long time before starting his first flying lap. With eight minutes remaining, the 17-year old was still down in 20th place, but then moved straight up onto the top of the leaderboard with his first flying lap. After that, he improved his own fastest time twice and concluded the session with a margin of more than half a second from second-placed Jordan King. For rookie driver Ocon, this is his ninth pole position of the current FIA Formula 3 European Championship season.

Tomorrow (Saturday), Jordan King, Tom Blomqvist and Max Verstappen will be lining up on the starting grid behind the leader in the drivers’ standing. 16-year-old Dutch driver Verstappen, currently second in the championship, came to Russia after a winning streak of six FIA Formula 3 European Championship race wins and intends to continue this performance in the region near the Russian capital.

Esteban Ocon (Prema Powerteam): “Qualifying went really well. I did three good laps and I was quick right away. At a track like this, starting from pole position is particularly important and therefore, I am really happy. Still, I had never expected a margin of over half a second. Quite the opposite: I thought that it would be rather close.”