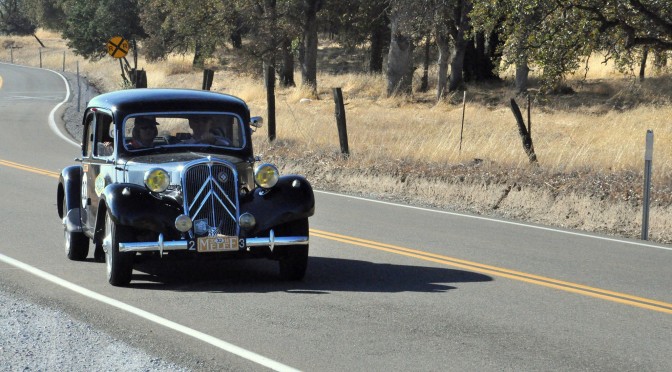 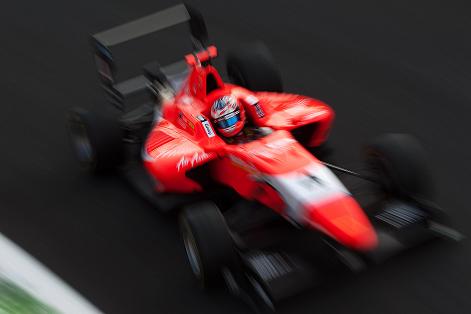 A season of nine events alongside Formula One

GP3 Series organisers are pleased to announce that the 2015 GP3 SeriesTM calendar has been confirmed today. It will once again consist of a total of nine rounds, which are all support events of the Formula OneTM World Championship. Seven rounds on the calendar will be held on European soil with two overseas events closing the season.
The sixth season of the GP3 SeriesTM will commence in Barcelona on 08-10 May. The action resumes on June 19-21 in Spielberg for round two, followed by Silverstone on July 03-05. Round four will take place in Germany (venue TBA) followed by the back-to-back race in Budapest which then takes the Series into the summer break.
The paddock returns to action on August 21-23 at Spa-Francorchamps with Monza hosting round seven two weeks later. The Series’ will make their second visit to Sochi on 09-11 October with Yas Marina staging the season finale on November 27-29.
The pre-season testing dates have also been announced: the first of three two day test sessions will take place in Estoril, Portugal on 18-19 March, with Valencia Ricardo Tormo hosting the second test on April 09-10. The final test session will run at Barcelona on 22-23 April.
As previously announced, the GP3 field welcomes Campos Racing in replacement of Hilmer Motorsport.
GP3 SeriesTM CEO Bruno Michel said: “I’m delighted that as in 2014, all nine rounds of the GP3 SeriesTM season will run alongside the Formula OneTM World Championship. This is fantastic exposure for all of our young drivers to race on the same circuits with Pirelli tyres in front of the F1 fraternity. The calendar strikes a good balance of European tracks with the two flyaway events at prestigious venues to conclude the year.”
2015 GP3 Series Calendar
2015 GP3 Series Teams 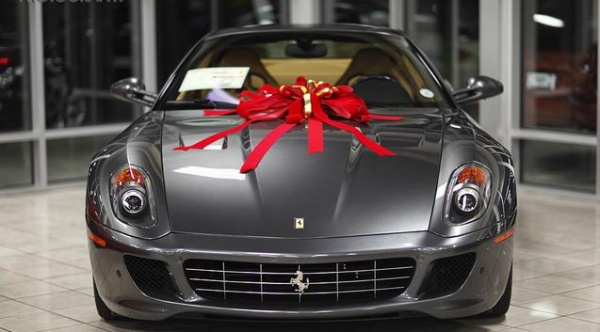 MERRY CHRISTMAS FROM THE F1WEEKLY FAMILY . 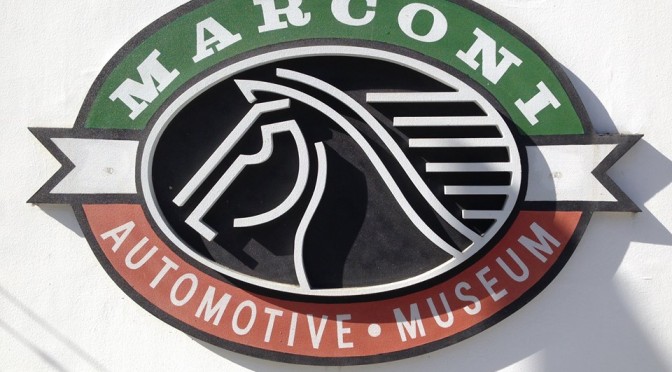 My thanks to Eric Fernandez for bringing to my attention this wonderful museum in So Cal, and providing the photographs. Eric is a proud member of F1Weekly familia, and his passion for Formula One was fired by watching Nelson Piquet hustling his Parmalat Brabham in the streets of Long Beach in the early 80s.

The Marconi Automotive Museum is located in Tustin on 1302 Industrial Drive. The collection of automobiles, ranging from F1 machinery and Keke Rosberg’s Formula Atlantic pink car to muscle cars Americana, has an estimated value of $30m.

Dick Marconi is the man behind the museum, which opened in 1994. Originally from Gary, IN – also the birthplace of the Jackson 5 – Marconi made his money in developing and manufacturing custom made vitamins, weight loss products and supplements. 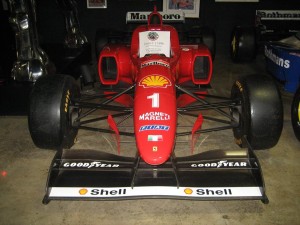 Schumacher. The man who owned ‘won’. In 1996, Michael Schumacher joined Scuderia Ferrari after back-to-back titles with Benetton. He scored an epic win for the Italian team in the rain in Spain. From 2000-2004, The Red Baron ruled the grand prix world and won five successive championships. The men in Maranello included Jean Todt, Ross Brawn and South African designer Rory Byrne. 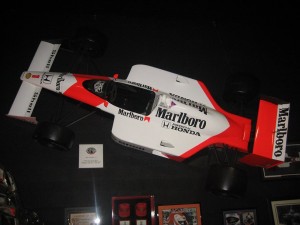 Mclaren Honda. Back to the future. This combo produced three world titles for the Brazilian legend Ayrton Senna, and memorable duels with Alain Prost and Nigel Mansell. The Japanese giant is back with McLaren for 2015, and so is Fernando Alonso. The championship that got away in 2007 may be waiting in the near future. 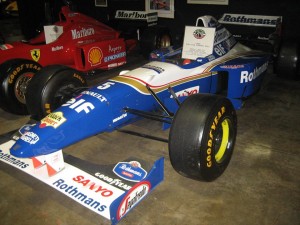 Hill. Climb to success. Damon Hill is the first world champion son of a championship winning father. Damon raced motor bikes and also worked as a bike messenger before arriving in Formula One. In 1996, he was World Champion for Frank Williams. This could have been his second had it not been for the Adelaide action in 1994 of his arch rival, M Schumacher.

Another treat to enjoy while visiting this museum in So Cal, as confirmed by Eric himself, the local burrito is bueno.

The Argentine “Maestro” was the first driver from South America to become Formula One World Champion in 1951. From 1954-’57 he was unbeaten in the World Championship.

Jose Froilan Gonzalez, a compadre and countryman of Fangio, gave Enzo Ferrari his first taste of success in Formula One at Silverstone in 1951.

Emerson Fittipaldi became the first Brazilian to win a grand prix at Watkins Glen in 1970 – in only his fourth F1 start! He was World Champion in 1972 & ’74.

Nelson Piquet, who went to school in San Francisco Bay Area, also took his first grand prix victory in the United States, on the streets of Long Beach. He was the first turbo-powered World Champion in 1983 with Brabham-BMW. He also took the title in 1981 & ’87.

Then came Ayrton Senna. From incredible wins like Estoril 1985 and Donington 1993 to fierce rivalries with Alain Prost and Nigel Mansell, Senna for many remains the greatest driver of all time.

We thank you for your interest and business, and hope you enjoy another trip down
Formula One memory lane with “Samba & Tango.” 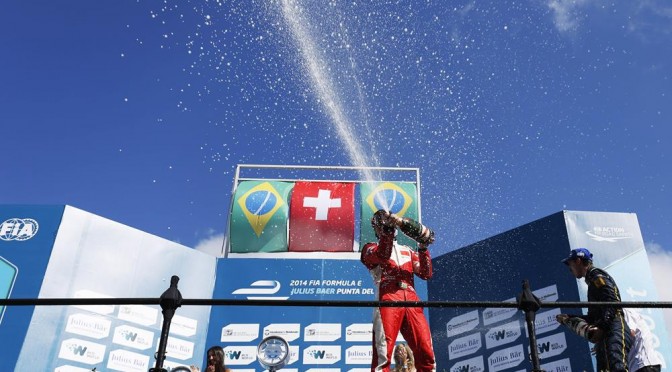 The Punta del Este ePrix saw a series of new marks in the FIA Formula E Championship for the fastest pole position lap, race lap and average speed. The Uruguayan circuit provided the drivers with a formidable challenge, combining an uneven, dusty and narrow track with the usual energy management issues. Sébastien Buemi proved to be the most skilled at dealing with the various elements, handing e.dams-Renault its first win of the season.

Three weeks after the Putrajaya ePrix in Malaysia, the FIA Formula E Championship drivers and teams arrived in Uruguay, one of the most environmentally-friendly countries, for the third round of the year.

Continuing to work on improving the cars, the Renault Sport teams discovered a new circuit and unprecedented challenges at Punta del Este, including a dusty track, many changes in road surface and high temperatures.

The work done to achieve constantly-improving reliability, maximum safety and efficient performance levels meant that the Spark-Renault SRT01_E single-seaters were able to offer fans a spectacular day’s action in these challenging conditions, thanks to the car’s architecture supervised by Renault Sport.

The strength of the single-seaters was demonstrated when Jean-Éric Vergne (Andretti Autosport) secured the fastest pole position set so far in the new series (average speed of 134.1kph), despite clipping the wall during his pole lap.

When the lights went out, Nelson Piquet Jr (China Racing) surged past the former World Series by Renault driver, who then reclaimed the lead on lap thirteen. Nick Heidfeld (Venturi) and Sébastien Buemi (e.dams-Renault) then both overtook the Frenchman, but the German was penalised for failing to observe the minimum time in the pits when changing car. On the penultimate lap, Sébastien Buemi defended his lead from Jean-Éric Vergne, who was forced to retire. The Swiss therefore secured e.dams-Renault’s first race win, meaning the outfit becomes the new leader of the teams’ championship. Nelson Piquet and Lucas di Grassi (Audi Sport ABT), who still leads the drivers’ standings, joined him on the podium.

Next up is Argentina for the Buenos Aires ePrix on 10 January, 2015.

Eric Pasquier, Marketing Director, Renault Americas: “Uruguay is one of the most advanced countries on the American continent in terms of environmental policy. It therefore totally made sense to organise an ePrix in Punta del Este. This was the first ePrix in the Americas, ahead of Buenos Aires in January. Using the competition to promote electric vehicle technology offers us a unique opportunity and also enables us to demonstrate that Renault is a leader in this field, both on and off the track. Our importer in Uruguay, Santa Rosa, is very involved in promoting ZE vehicles. Thirty Kangoo ZEs were delivered to the national electricity company in July, and another agreement is currently under consideration. Throughout the region, the electric vehicle market is gradually taking off, with our models already being driven on the streets of Brazil, Chile and Colombia, to name but a few.”