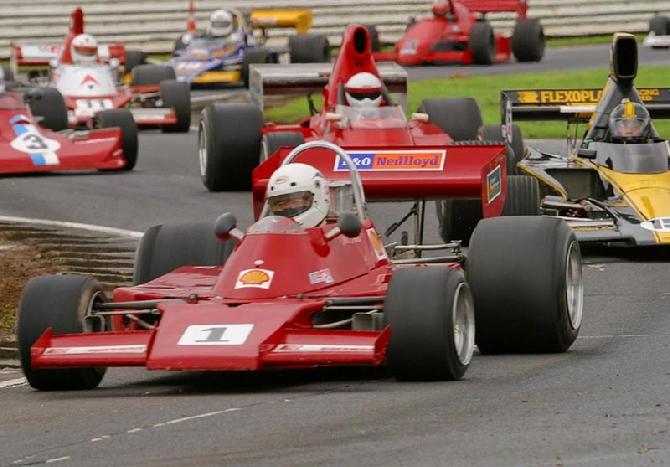 Rochester, MI — The Formula 5000 Drivers Association has announced its 2015 Revival Races schedule. Continuing on the success of prior years, this four-race series will be held at tracks in Wisconsin, California and Texas from July through November.

The highlight of the series is participation at the 2015 Rolex Monterey Motorsports Reunion at Mazda Raceway Laguna Seca. “With an expected grid of more than 40 Formula 5000 race cars coming from Australia, Canada, England, New Zealand and various regions of the US, we look forward to some excellent racing and giving fans a great show,” said F5000 Drivers Association president Seb Coppola.

Coppola noted that such a large group of F5000 cars has not competed at Laguna Seca in 40 years. The last professional F5000 race there happened on October 12, 1975. Mario Andretti won it in a Lola T332 now owned by Zak Brown, who plans to race it at Laguna.

Race dates and venues include:

The Hawk with Brian Redman at Road America

SVRA Vintage National Championship at Circuit of the Americas

The U.S. Formula 5000 Drivers Association was established to promote the restoration, presentation, registration and racing of historic Formula 5000 racecars. The Association organizes vintage racing events and other activities for its members, and also manages a registry of Formula 5000 cars.

Find out more at www.F5000Registry.com.