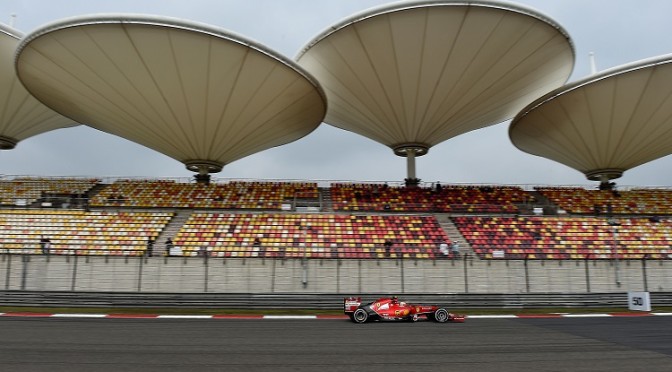 Lewis Hamilton leads from start to finish in China

The double Formula One champion’s drive at the Shanghai International Circuit was befitting of his status to underline a thoroughly dominant weekend after topping every practice session ahead of claiming his 41st pole and 35th win.

At the conclusion to the race, which finished under the safety car after the Renault power unit in teenager Max Verstappen’s Toro Rosso blew on lap 54 of the 56, Hamilton finished ahead of Mercedes team-mate Nico Rosberg and Ferrari duo Sebastian Vettel and Kimi Raikkonen.

By the time of Verstappen’s demise, though, the win was in the bag as Hamilton was 10 seconds clear of Rosberg, with Vettel and Raikkonen just over 20 seconds adrift

Williams duo Felipe Massa and Valtteri Bottas were fourth and fifth, but they were never in the hunt for the podium places, not after Raikkonen had passed both on the opening lap from his sixth position on the grid.

From the start through to the first round of pit stops Hamilton held Rosberg at bay by a second as they traded fast laps, with Vettel and Raikkonen just managing to keep the duo in their sights.