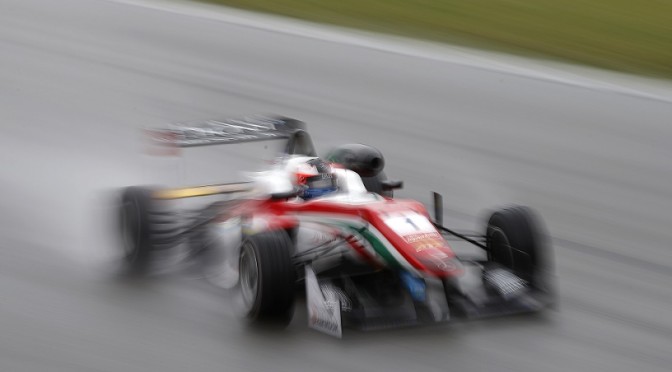 Clark and Nasir go over the previous two Grand Prix’s and what could happen in Barcelona next weekend. We have another great episode of Tech Talk with Tim! Also want to share some news on the European F3 Championship…

Also in second qualifying of the FIA Formula 3 European Championship at the 4.574 kilometres long Hockenheimring Baden-Württemberg, nobody was faster than Felix Rosenqvist (Prema Powerteam). Both in the ranking of the fastest and the second-fastest lap times, the Swede claimed the top position and will thus start from pole position into the fifth and sixth race of the season. Charles Leclerc (Van Amersfoort Racing) and Maximilian Günther (kfzteile24 Mücke Motorsport) were second and third respectively in both rankings, with Callum Ilott (Carlin) and Lance Stroll (Prema Powerteam) each taking one fourth place.

Starting grid race 2
Felix Rosenqvist (1:49.630 minutes) already moved up to the top of the time sheets at the start of the session and hold on to this position until the end of qualifying. At times, the stalwart had an advantage of almost one second. Only just before the end, rookie driver Charles Leclerc (1:49.869 minutes) came within 0.239 seconds from the pace-setter. Maximilian Günther (1:50.423 minutes) reduced his gap to Rosenqvist in the closing stages and ended up as the best-placed German in third. On his final lap, Callum Ilott (1:50.510 minutes) moved up into fourth place and toppled Antonio Giovinazzi (Jagonya Ayam with Carlin, 1:50.773 minutes), who came to Hockenheim as the FIA Formula 3 European Championship points’ leader, to fifth place. Lance Stroll (1:50.847 minutes), Jake Dennis (Prema Powerteam, 1:51.144 minutes) and Alexander Albon (Signature, 1:51.171 minutes) followed in sixth to eighth place from Markus Pommer (Motopark, 1:51.362 minutes) and Santino Ferrucci (kfzteile24 Mücke Motorsport, 1:51.408 minutes).

Felix Rosenqvist (Prema Powerteam): “At the beginning of the session, I was able to drive a few clear laps and I was quite confident. Then, unfortunately, the red flag got in our way. After that, we waited for a while, which turned out to be not ideal. Like that, I was unable to improve my fastest time, while my rival Charles Leclerc was quite quick in the end. Fortunately, my fastest lap time before the interruption was still good enough for pole position.