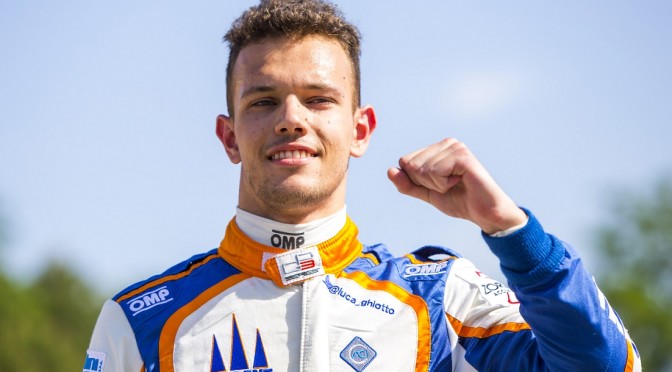 Ghiotto guns to pole in Barcelona

Trident’s Luca Ghiotto takes first blood in Spain
Italian Luca Ghiotto pocketed the first pole of the 2015 GP3 Series season after clocking the quickest time of 1:35.469 on his Pirelli hard tyres. ART Grand Prix’s Esteban Ocon was second with Arden International’s Emil Bernstorff in third.
The thirty minute session ran in glorious conditions with rookie Ocon first to lap in the 1m36’s. Campos Racing’s Alex Palou soon bettered the Frenchman’s time, but only briefly with Carlin’s Mitchell Gilbert demoting the Spaniard to second.
After topping yesterday’s Free Practice, Ghiotto continued to impress and was first to dip into the 1m35’s: lighting all sectors purple and setting a time six tenths faster than his nearest rival. Ralph Boschung jumped up to P3 before Koiranen GP’s Jimmy Eriksson went one better into second.
At the midway point, Ocon had risen to P2 behind Ghiotto with Eriksson, Gilbert and Boschung completing the top five. As the clock ticked down, Bernstorff shot up to third with Palou into fourth.
In the final moments, Carlin’s Antonio Fuoco had a moment on track which caused the Ferrari Academy driver to end his session in the gravel trap. There were waved double yellow flags for the incident meaning some drivers were unable to improve on their final attempt.
At the chequered flag, Ghiotto remained head of the timesheet, with Ocon joining him on the front row for the opening race later today. Bernstorff, Palou, Matheo Tuscher, Marvin Kirchhöfer, Alfonso Celis. Jr, Oscar Tunjo, Pal Varhaug and Eriksson completed the top ten.
Today marks a first in the Series’ history with race one being extended by ten minutes. Catch the forty-minute long race at 17.20 CET today and see how this year’s crop fares with a softer compound of Pirelli tyres.