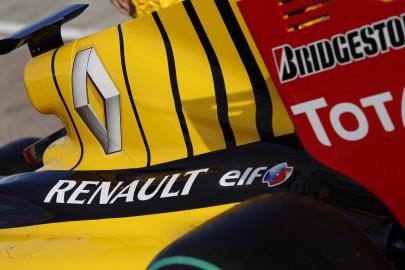 –       Daniel Ricciardo and Daniil Kvyat started from close to the back following grid penalties for introducing new power unit elements earlier in the weekend. The pair displayed a good speed and were able to graduate to the top ten by the first round of pit stops. A very long first stint for Ricciardo gave him track position and he was able to close on the Sauber of Ericsson in the closing third of the race by a rate of one second per lap. He got past on the final lap, sealing eighth position.

–       Scuderia Toro Rosso also incurred grid penalties for taking new engine components. Carlos Sainz had a good start and raced in front of the Red Bull cars, but a five second penalty for exceeding the track limits dropped him behind. He came home in 11th.

–       Max Verstappen finished in 12th. He served a drivethrough penalty after an infringement in qualifying yesterday, but fought back to finish just behind his team-mate.

We introduced a number of new elements to be able to get to the end of the season without incurring further penalties. Starting with all four cars at the back of the grid we had relatively low expectations for the race outcome so a double points’ finish is better than hoped. The speed was good, particularly from Ricciardo in the second half and especially at the end, where he was able to grab eighth on the last lap. If we can carry this performance through to Singapore, a track that should suit us better, and start in more representative positions we should show form that is much closer to our actual performance.

This weekend was a calculated sacrifice on behalf of the coming races. We looked at all the different options with the teams and knew this track would not be best suited to either, so took the opportunity to introduce as many new parts as possible. Hopefully this should give us the flexibility for the rest of the year so we can make the most of our improved performance.