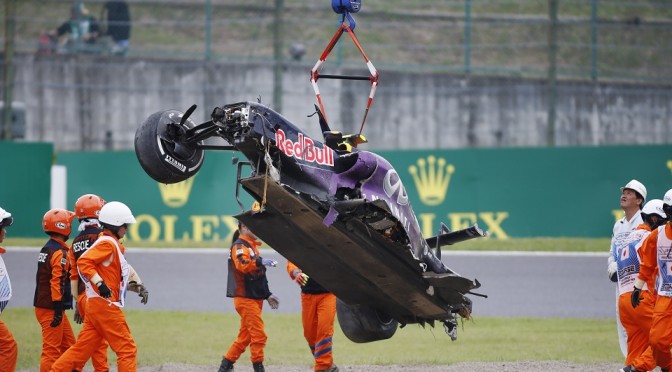 Nico Rosberg beat Lewis Hamilton to pole for Sunday’s Japanese Grand Prix as Mercedes returned to form in qualifying. Hamilton was denied the chance to make a final attempt on his team-mate’s time after a bad crash near the chicane involving Red Bull’s Daniil Kvyat, which brought an early end to Q3. Kvyat was unhurt.

Rosberg, who is 41 points behind Hamilton with six races remaining, said: “I’m very happy. It was a great day and a good comeback for the team after a difficult weekend in Singapore. It’s a great car. We’ve turned things round. I nailed my laps today. I’m pleased with the way it went and I’m in a great position for tomorrow.”

Sunday’s pole will be Rosberg’s first since the Spanish Grand Prix four months ago. He won pole here last year before being beaten by Hamilton in a wet race. He added: “Hopefully it will be a dry race tomorrow. That will help. I didn’t struggle in the rain last year but I struggled on the inter tyre. I was really comfortable with the way the car handled today. Suzuka is the ultimate track and to have a good car here is awesome.”

Hamilton has won 11 out of 14 poles this season but missed out on the last two. He said: “The first lap I lost a bit of time in turn 11 and in the last corner. Nico is driving well this weekend. I felt pretty good on that last lap but the main thing is that Kvyat is OK.”