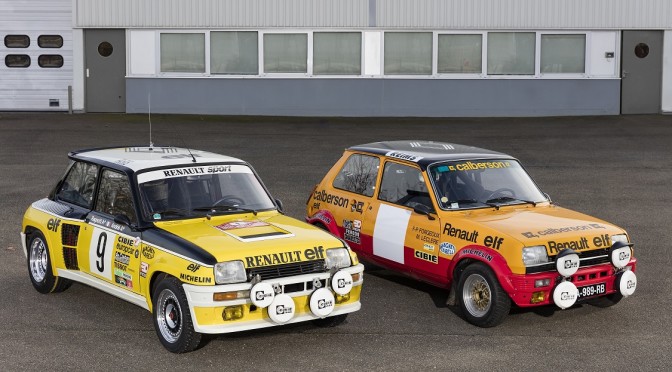 Renault Classic has contested the famous Rallye Monte-Carlo Historique since 2011.

This year, Renault Classic has entered four crews in a variety of Renault 5 rally cars. The 2016 event starts on January 29.

Return of the 1981 Monte-winning Renault 5 Turbo

Jean Ragnotti, who turns 70 this year, has lost nothing of his celebrated acrobatic driving skills. This month, he is poised to return to the Rallye Monte-Carlo stages in the same Renault 5 Turbo he steered to victory on the wintry event 35 years ago. To mark the anniversary, the French driver’s car will once again feature the number ‘nine’ on its doors!

Meanwhile, fellow Renault Classic runners Michel Leclère, Alain Serpaggi and Christian Chambord will contest the event in Group 2 Renault 5 Alpine, a car that was fondly referred to as a ‘skateboard’ in its heyday.

Team Renault Classic will start the 2016 Rallye Monte-Carlo Historique in Reims, France, on January 29. The event ends in Monaco on Wednesday, February 3.
The four crews: