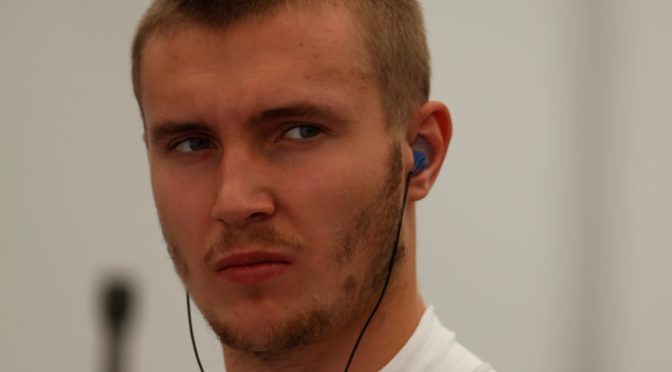 CLARK AND NASIR HAVE SOME PEKING DUCK WHILST DISCUSSING LE GRAND PRIX DE CHINE RESULTS, ANOTHER OUTSTANDING MOTORSPORTS MONDIAL AND OF COURSE FIFTY WORDS FROM THE F1W FORUM. WE ALSO WANT TO SHARE SOME GOOD NEWS FROM OUR FRIENDS AT RENAULT…

Russian race driver Sergey Sirotkin, 20, has joined Renault Sport Formula One Team as a Test Driver with a long term development plan, including running in FP1 at this week’s Russian Grand Prix.

Sergey will use Kevin Magnussen’s R.S.16 car for the 90 minute practice session on Friday morning

Renault has been an active supporter of Russian motorsport for many years and boasts a long history of participation in various sporting events. For eight consecutive years, Renault has been an official partner of the annual Za Rulem Celebrity Race. This long-standing partnership between Renault and Za rulem magazine is part of the company strategy to popularize and promote motorsports in Russia and beyond. Last year, a new sports version of Renault Logan was the official race car and in previous years Renault has brought many eminent stars of global motorsports to the event, including Alain Prost, Jérôme D’Ambrosio, David Coulthard, Kimi Raikkonen and Romain Grosjean.

Furthermore, Moscow has hosted World Series by Renault rounds on three separate occasions. The series became very popular amongst Russian fans of motorsport, thanks in part to invited drivers such as Daniil Kvyat.

Frédéric Vasseur, Racing Director Renault Sport Racing:
‘Sergey is one of the most promising drivers from the junior categories so it is great for us that he is joining Renault Sport. We saw that he was the most promising rookie in the GP2 Series last season, where he achieved a race win and podiums, and for 2016 he is very well placed to fight for the title. He has driven the Sochi Autodrom in a GP2 Series car previously so we have confidence in the job he will be able to do for us this weekend. For Renault Russia it is a good opportunity to harness the growing popularity of Russian motorsports, starting this weekend with the Russian Grand Prix and looking forward to the Moscow ePrix, which will be held again near the walls of the Kremlin on 4 June.’

Sergey Sirotkin:
‘This is a great opportunity for me, although it has all come together so quickly. I still can’t quite believe it. This is, however, the moment that all young racing drivers are working towards, and I am determined to learn as much as I can, as quickly as I can, doing the best possible job for the team while driving in Free Practice 1. Renault Sport, which I would like to thank, has shown many times that it is the best place for a driver to start his Formula One career, and I intend to make the most of this opportunity. My commitment to challenge for the GP2 Series title will be enhanced by such a great chance and I would like to thank SMP Racing for the great support given to my career, commencing in Sochi, in front of my compatriots.’