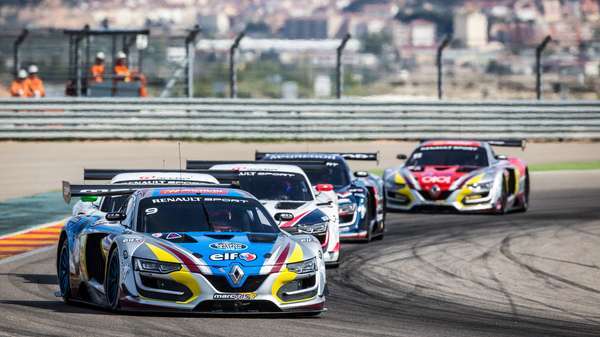 THE HOST AND NASIR GO ON AND ON AND ON ABOUT MAX VERSTAPPEN AND HIS PROMOTION TO RED BULL, A BIG APOLOGY FOR THE AUDIO PROBLEMS ON THIS PROGRAM SO WE PROVIDE A BONUS INTERVIEW FROM THE PAST AT THE END OF THE SHOW AND…HERE’S SOME NEWS FROM THE GANG AT RENAULT SPORT.

THE RENAULT SPORT R.S. 01S ARE READY TO BATTLE AT IMOLA

Four weeks after kicking off its campaign at Motorland Aragón, the Renault Sport Trophy heads to a new circuit for round 2 of the 2016 season. The Renault Sport R.S. 01s will share the billing with the European Le Mans Series and Michelin GT3 Le Mans Cup at the Autodromo Internazionale Enzo e Dino Ferrari for a meeting that promises to be explosive.

Part of the Formula 1 calendar from 1980 to 2006, the Autodromo Internazionale Enzo e Dino Ferrari is a counter-clockwise and very technical circuit that doesn’t allow for a moments respite with its chicanes and complex strings of corners. To get a handle on this challenge, the competitors will have three 55-minutes collective tests ahead of the weekend qualifying and races.

A four-way battle for the PRO leader spot

With just one race on the programme, the battle for the driver selection test organised by the official Super GT NISMO team promises to heat up. Lewis Williamson (Strakka Racing) comes into the weekend on point in the classification, but Kevin Korjus (R-ace GP), Markus Palttala (Team Marc VDS EG 0,0) and Nicky Pastorelli (V8 Racing) will all try to wrestle the lead away from him.

Pieter Schothorst (Equipe Verschuur) will be looking to win in order to stay in contention, as will Roy Geerts (V8 Racing) and David Fumanelli (Oregon Team), who finished just off the podium in Spain. For their part, Raoul Owens (R-ace GP), Tanart Sathienthirakul (Team Marc VDS EG 0,0) and Meindert van Buuren (V8 Racing) all want to get back in the hunt.

The weekend will however already be crucial for Bruno Bonifacio (Oregon Team), Anders Fjordbach (High Class Racing) and 2015 Prestige category champion, Dario Capitanio (Oregon Team), all of whom left Spain empty-handed. Englishman Josh Webster (V8 Racing), who has titles in both the Formula Renault BARC and in the British Porsche Carrera Cup, will debut in place of Jordan Grogor, who will be in action at the Monaco Historic Grand Prix.