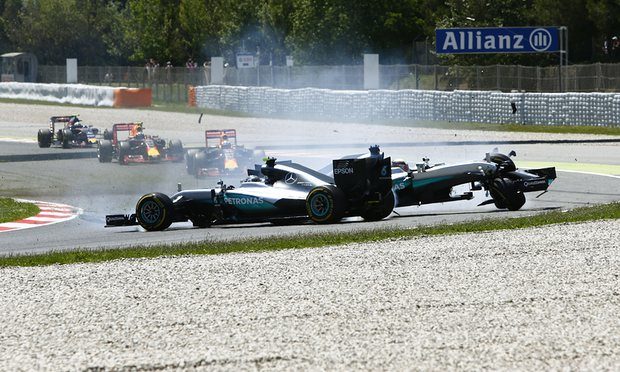 MAX VERSTAPPEN BECOMES THE YOUNGEST EVER FORMULA ONE WINNER

In his maiden outing with the Red Bull team following his unexpected promotion from Toro Rosso, the 18-year-old Dutchman showed supreme composure under pressure as he resisted all attacks to claim a memorable victory in only his 24th F1 race.

He became the youngest race winner, replacing four-time champion Sebastian Vettel who had also taken that record as a Red Bull driver.

Verstappen, heralded as the sport’s hottest property, proved he has everything required to be a future world champion, but owed some of his good fortune also to Red Bull’s decision to put him on a three-stop strategy while his senior team-mate Daniel Ricciardo was on a two-stop plan.

That prevented the Australian from turning his early control of the race into victory after the opening lap collision between championship leader Nico Rosberg and his Mercedes team-mate Lewis Hamilton had left them fuming in a gravel trap at Turn Four and out of the race.

Ricciardo eventually came home fourth, despite suffering a puncture on the penultimate 65th lap, behind the two Ferraris of Kimi Raikkonen who finished second ahead of Vettel.

Verstappen’s maiden win on his Red Bull debut was the first in the sport by a Dutchman and the first by the team without Vettel involved in one of their cars.

“It’s unbelievable, I can’t believe this,” said Verstappen’s father Jos, who on Saturday had announced he had stood down as his son’s manager.