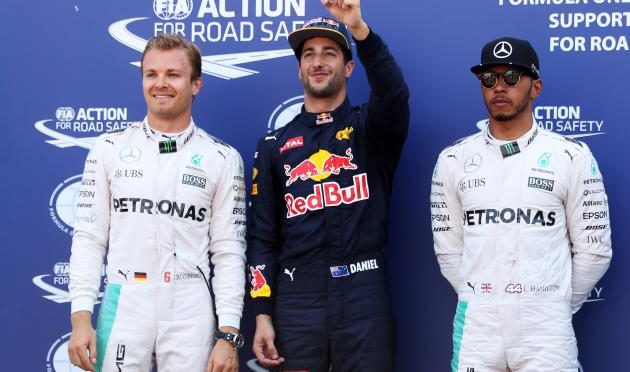 Daniel Ricciardo claimed his maiden pole position at the 2016 Monaco Grand Prix on Sunday, as he posted a stunning lap of one minute, 13.622 seconds in a dramatic qualification session.

Nico Rosberg will start alongside the Red Bull man on the front row, with the German’s Mercedes team-mate Lewis Hamilton behind him in third. Elsewhere, Spanish Grand Prix champion Max Verstappen crashed out and will now start at the back of the pack.

Hamilton suffered power problems at the beginning of Q3 despite performing well in the opening qualifying phases, but you can take nothing away from Ricciardo, who has been in sensational form in Monaco all week.

Ricciardo: “Obviously we’ve only had a couple of races but up until now, this point, I think we’ve exceeded or maximized everything that we’ve got, We showed true dry pace today. I got a front row here a couple of years ago but that was in the wet. We always know we’re a bit stronger in the wet, at least the last few years, so to get a front row in dry conditions, it’s awesome – and yeah, it’s testament to how far we’ve come since the end of 2015″.

“We’ll try to keep doing it. It feels good to be back up here. I know it’s only quali but the plan is to be back here tomorrow after the race We’re kicking goals at the moment. Really happy.”