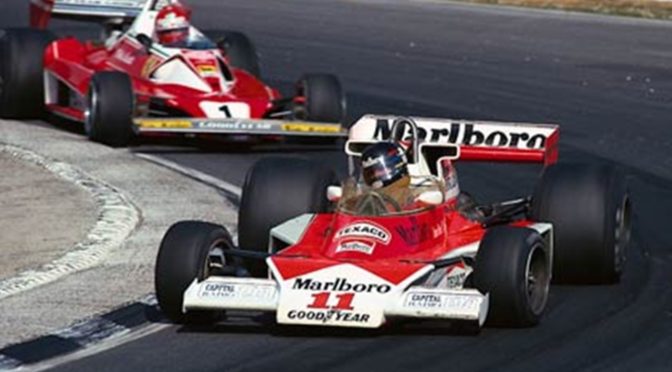 West Sussex, UK — With a theme of Full Throttle — The Endless Pursuit of Power, this year’s FoS is celebrating the 100th running of the Indianapolis 500, the inaugural Can-Am Series of 1966 and the 40th anniversary of James Hunt’s World Championship victory over Niki Lauda.

As part of a tribute to Hunt, the Surtees, Hesketh, McLaren and Wolf cars he raced in Formula 1, plus touring, sports and junior formula cars, and even his beloved A35 road car, will be on display on the grounds of Goodwood House.
And for the first time in eight years, Carl “Foggy” Fogarty, regarded as the most successful Superbike racer of all time, will return to FoS. He will ride two current Triumph bikes, the Speed Triple and the Thruxton R, as well as two bikes supplied by the National Motorcycle Museum — the Triumph Bonneville that Malcolm Uphill took to victory in the Production TT and the 750cc Production TT-winning Triumph Trident, known as ‘Slippery Sam’.
BMW will be the honored marque at the June 23-26 event, and will celebrate by bringing its M4 GTS for the hillclimb. This new six-cylinder, capable of 500 bhp, and other new models will be joined by other M cars from the past 40 years.
Learn more at www.goodwood.com/flagship-events/festival-of-speed/.