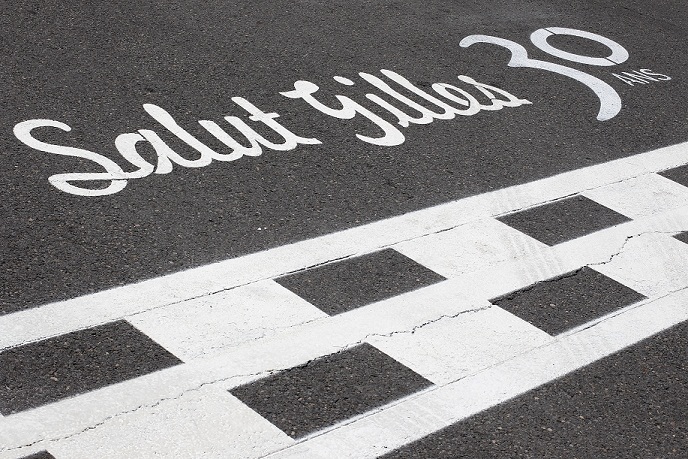 NASIR AND THE HOST MULL OVER THE MONACO RESULTS, CLARK ALSO SUBMITS PENALTIES SHOULD BE GIVEN IF THE BIEBER IS ON THE GRID! A KILLER MOTORSPORTS MONDIAL, AN F1WEEKLY LISTENER IS INTERVIEWED AT AUTODROMO HERMANOS RODRIGUEZ IN MEXICO CITY. AND HERE IS WILLIAMS CANADA GRAND PRIX PREVIEW…

CIRCUIT GILLES VILLENEUVE
ROUND 7 OF 21
Situated on the man-made Ile Notre Dame in the St Lawrence river, the Circuit Gilles Villeneuve is a true high speed challenge with the cars averaging 130mph over the course of a lap. The circuit combines long straights with tight chicanes and each team sets up their car to maximise straight line speed. This race is a firm favourite on the calendar due to its unrivalled atmosphere. Montreal becomes a party town during the race weekend and the locals create a fantastic atmosphere from the grandstands. The team has secured four wins in Canada to date, with the last coming in 1996 with Damon Hill at the wheel of the FW18.
For Montreal, Pirelli have made available the ultrasoft (for use in Q3), supersoft and soft compound tyres for dry-weather running. The intermediate and wet tyres are also available. Pirelli have allocated three sets of tyres to each driver, but each driver can now choose their remaining ten sets from the available compounds. In Canada, the team has chosen to allocate each driver with different sets of tyres. Felipe has seven sets of ultrasoft tyres, three sets of supersoft tyres and three sets of soft tyres. Valtteri has seven sets of ultrasoft tyres, four sets of supersoft tyres and two sets of soft tyres.
Pat Symonds
Being a fast track with long straights, the Circuit Gilles Villeneuve certainly favours the characteristics of the Williams car, as shown by our strong performances last year, so this should mark a return to form for the team. The circuit itself has very low-average speed corners, with one quick corner at turn five being easily flat and therefore not counting for much these days. Good top speed, stable braking with the track being hard on brakes, good change of direction for the multiple chicanes and adequate traction are key things required here. It’s also the second race in a row that we see the new ultrasoft tyre, but even with this we expect most cars to be on a one-stop strategy. We have a number of new aerodynamic and chassis parts to continue pushing our development of the FW38.
Felipe Massa
The Circuit Gilles Villeneuve is a track where you need to have good speed because you have that long straight. I would say in the last two years we’ve done really well in Canada. I think we’ve had a competitive car so I really hope we can repeat that performance again this year.  It’s a place I really enjoy going. It’s a really nice town where everyone goes completely crazy for Formula One. I think this is due to the history of Canadian drivers, like Gilles Villeneuve and Jacques Villeneuve. I hope we can have a competitive race there and maybe even fight for the podium.
Valtteri Bottas
Canada is one of my favourite races. The track is pretty fast and it’s really enjoyable to drive. We finished on the podium there last year so I have some very good memories. Montreal is such a nice city and such a nice place. As a big ice hockey fan, it’s a big ice hockey city as well. I’m really looking forward to going back there and seeing all the Canadian fans. Hopefully we can have a strong result.
[audio:http://www.podtrac.com/pts/redirect.mp3/mp3.f1weekly.com/podcasts/06-06-16f1weekly705.mp3]