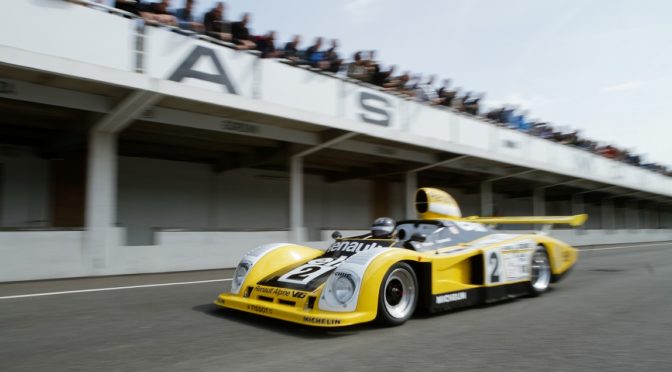 The excitement builds at the 2016 Goodwood Festival of Speed

Excitement will continue to build around the legendary French sports car brand Alpine at the 2016 Goodwood Festival of Speed, with no less than two show cars previewing its imminent new road-going sports car.

The Alpine Vision and Alpine Celebration will showcase Alpine’s thinking for this exciting new sports car, the Celebration two-seater regularly running up the Goodwood hill.

Also performing some high speed climbs will be the very Alpine that won the 1978 Le Mans 24 hour race, the victorious Alpine A442 B to run with its 2016 contemporary, the Alpine A460 LM P2, winner of the prestigious race of the 24H of Le Mans last week-end.

Alpine will also enjoy an impressive presence at the Cartier Style & Luxe display on the lawns close to Goodwood House. Not only will the very first Alpine, known as ‘Le Marquis’, be present for inspection, but also the very latest in the alluring shape of the 2016 Alpine Vision show car.

There will be five more fascinating Alpines besides, including a Willys Interlagos, this the Brazilian-built version of the A108 that was the forerunner to the famous A110, as well as a rare A110 cabriolet and the 1977 Meyrignac concept car produced by a budding car designer as the ultimate Curriculum Vitae.

The legendary A110 will also be represented, with a 1964 example that was once the star of a French TV series, and the very last A110 ever made.

The presence of all these cars will underline Alpine’s fascinating and illustrious past in glamorously entertaining style, besides heightening the already considerable anticipation of the marque’s soon-to-be-revealed production sports car.