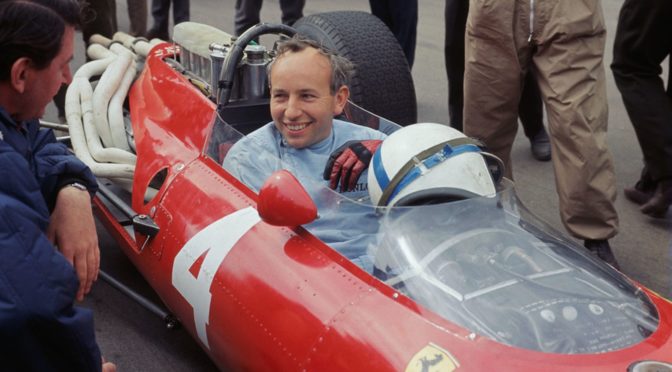 CLARK AND NASIR CATCH UP ON THE LAST TWO GRAND PRIX OF CANADA AND BAKU, OF COURSE THE 24 HOURS OF LE MANS MUST BE TALKED ABOUT BUT… THE MEAT AND POTATOES OF THIS PROGRAM IS THE ONE ON ONE INTERVIEW WITH JOHN SURTEES CBE PART 1.

John Surtees, CBE (born 11 February 1934) is a British former Grand Prix motorcycle road racer and Formula One driver. He is a four-time 500cc motorcycle World Champion – winning that title in 1956, 1958, 1959 and 1960 – the Formula One World Champion in 1964, and remains the only person to have won World Championships on both two and four wheels. He founded the Surtees Racing Organisation team that competed as a constructor in Formula One, Formula 2 and Formula 5000 from 1970 to 1978. He is also the ambassador of the Racing Steps Foundation.