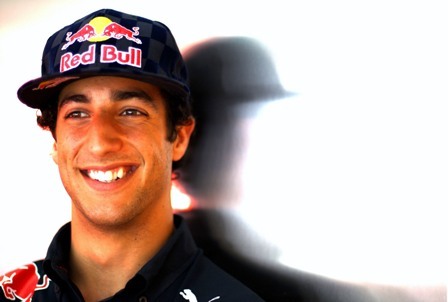 DANIEL RICCIARDO, Finish Position: 3rd, Start Position: 3rd
“I’m really pleased with a podium today, I don’t think we could have got a win. We tried at the start; we had a good run off the line and at the apex the Mercs were in my blind spot, so I thought I was in the lead, but on the exit I was done by Lewis (Hamilton) and then Nico (Rosberg) got me round the outside of Turn Two. I think even if we had got the lead, their pace was good so they could have even over-cut us if they stayed out an extra lap. Third was the best we could do and Seb (Vettel) got really close in the last three laps; my tyres were getting towards the end, so coming over the line in third was good. Three podiums in a row here is great, it’s a good place for me. I feel really good. Fridays and Saturdays have been really good for us from the start of the season but the last few Sundays, for whatever reason, I haven’t been that satisfied with, so it was important to put it together from Friday to Sunday this weekend and I believe I did that. And now we’ve got another in seven days, so that’s another chance to be happy again!”