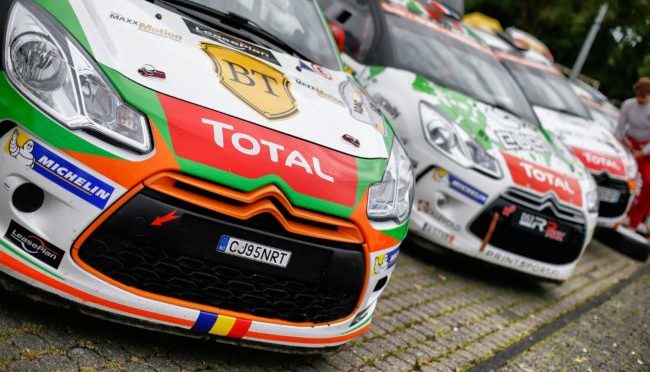 COULD THE FIA JUNIOR WRC BE DECIDED AT THE TOUR DE CORSE?

The fifth round of the season, the Tour de Corse is the next challenge for the FIA Junior WRC crews. Simone Tempestini, winner of three of the first four rounds, is already in a position to win the title and the prize on offer: a six-race programme in the 2017 WRC2 behind the wheel of a DS 3 R5. The Italian will find a large contingent of French drivers attempting to block his path, all determined to do well at their home event!

The Tour de Corse is one of the icons of the World Rally Championship, having featured on the calendar when it began in 1973. The event will be a genuine physical challenge for the crews, who must in particular complete 160 kilometres of timed stages on Friday with no service period, and tackle a massive 53.78 kilometre stage on Sunday. The cars will also be sorely tested, with the brakes and tyres needing to be managed on the demanding mountain roads.

Simone Tempestini, winner of the opening two rounds of the season (Portugal and Poland), added a third victory in Germany at the first round to be contested on tarmac. The young Italian driver can secure the title here at the fifth round of the FIA Junior WRC before the final event of the season in Wales. He “just” has to finish first or second, regardless of where his rivals finish. “I took part in the Tour de Corse last year and I enjoyed it. I’d even go so far as to say it’s one of my favourite rallies,” revealed Tempestini ahead of the event. “I don’t feel particularly under pressure and I’m very keen to put in a good performance. The target is to win.”

Ole-Christian Veiby is currently best placed to challenge for the title. His victory in Finland was the ideal way to get back into contention. However, finishing seventh in Germany after going off the road twice has left his title hopes hanging by a thread. If he is to have any chance, then he really must win in Corsica… and hope that Tempestini doesn’t finish just behind him!

Mathematically speaking, Terry Folb and Vincent Dubert are also still in the title hunt. But realistically, they will above all be looking to put in a good performance at home. Last year, Folb finished second in the FIA Junior WRC in Corsica. The progress he has made, confirmed in Germany with a fine series of stage wins, means he can aim for victory. Vincent Dubert, who has seemed more comfortable on gravel, will be looking to grab a podium finish for the first time this season. This will also be the goal for Romain Martel, who competed at the Tour de Corse last year, but in four-wheel drive car.

This fifth round will also provide some of the rising stars of French rallying with a chance to shine. Competing on behalf of the FFSA French team, Yohan Rossel and Laurent Pellier will be looking to measure themselves against the leading lights of the category. Rossel – the former Junior French Rally Champion in a DS 3 R1 – and Pellier, his successor, currently hold the top two places in the French Citroën Racing Trophy, contested in DS 3 R3s. Yohan Rossel has already finished third at the French round of the FIA Junior WRC.

The French contingent will be completed by William Wagner, who took part in the Corsican event last year in the R2 category. This will also be his second appearance in a round of the FIA Junior WRC: Wagner drove his DS 3 R3-MAX at the final round of the 2015 season, finishing fifth at Wales Rally GB.

Mohamed Al Mutawaa, who started out in single-seater racing, will be hoping to use his track experience to do well at this second tarmac rally of the season. The Abu Dhabi Racing driver will also be starting a new working relationship, with co-driver Stuart Loudon. Martin Koci, twice runner-up this year in the FIA Junior WRC, will be hoping to make his turn of speed and his experience tell in this, his third season in the category. This will nonetheless be his first appearance at the Tour de Corse.