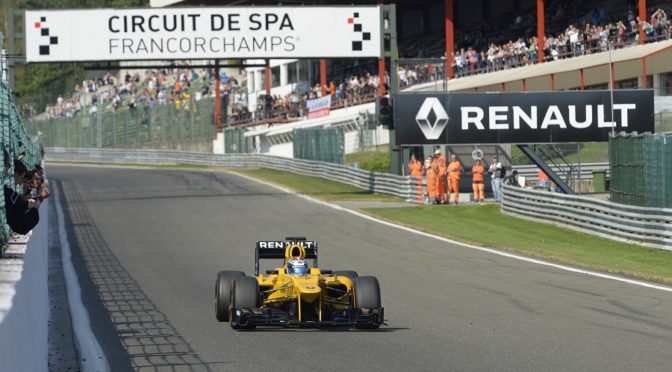 THE FIRST TITLES CLINCHED IN THE EUROCUP FORMULA RENAULT 2.0 AND RENAULT SPORT TROPHY

Host of the penultimate round of the Renault Sport Trophy and Eurocup Formula Renault 2.0, Circuit Spa-Francorchamps was the decider for the first titles of the year at the conclusion of an action-packed weekend. While fans could take in the many activities in the Village alongside the Renault display, eyes were also peered towards Robert Kubica, making a return to circuit racing, but also on newly crowned champions Lando Norris and Fabian Schiller. Renault Sport Formula One Team test driver, Nicholas Latifi also thrilled the public with the F1 demonstration runs!