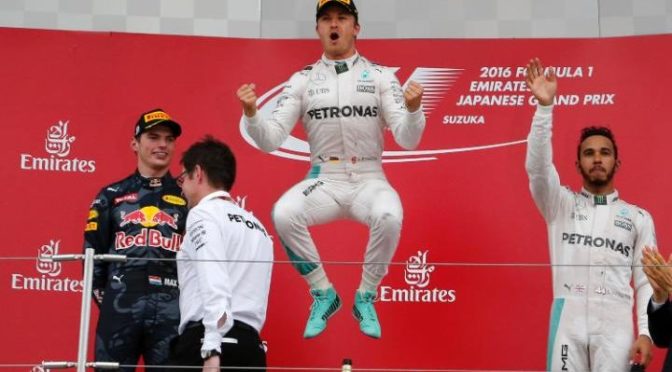 “We knew the start was going to be very decisive and we had a really good one today which allowed me to settle into my own rhythm. I’m pleased the starts are coming together, that’s two in a row now. I was then able to sit behind Nico (Rosberg) and control my tyres. The team gave me a really strong strategy, along with a car that felt very balanced so I was able to enjoy a successful race.  I was really happy to be able to get in-between the two Mercedes cars, it is a great result yet again for the team. In the race we had quick pace but I think Nico was still only cruising. When I sped up Nico could match it and if I slowed he did also, he was in control. Lewis (Hamilton) was obviously a bit quicker in the final stages and I knew he was going to catch me, the gap time on the pit board was dropping every lap. Into the last chicane I saw him coming in my mirrors so I defended my position, this allowed me to hang on for the second place.
I had some concerns about the blue flags, I think we need to talk about it. I have been in the same situation last year and earlier this year, I understand from their (back-markers) perspective you want to race but the guys lapping you are racing for a podium so you have to have a different approach.”
F1Weekly podcast # 815