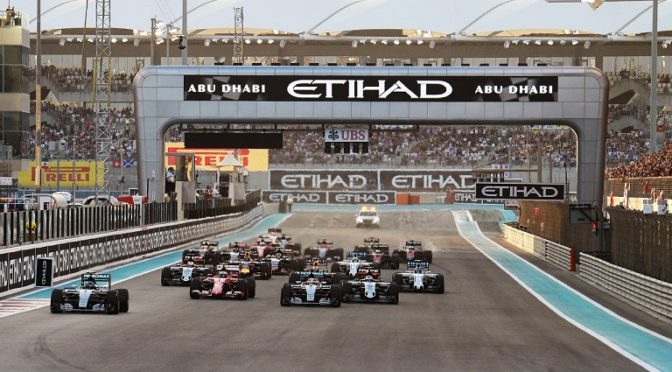 Hamilton was three-tenths quicker as he finished the qualifying season with a 12-8 advantage over his Mercedes team-mate.

The result confirmed Hamilton as favourite to win Sunday’s Abu Dhabi Grand Prix. But Rosberg is still well placed to finish in the top three, and with a 12-point lead in the championship that is all he needs. Hamilton was given a boost in Q1, when he was fastest while Rosberg was back in fifth. Behind the Mercedes on the grid will be Daniel Ricciardo of Red Bull, then the Ferrari pair of Kimi Raikkonen and Sebastian Vettel, followed by Max Verstappen in the other Red Bull. In what is assumed to be his final F1 race weekend, McLaren’s Jenson Button did not make it to the top 10 Q3 shootout.