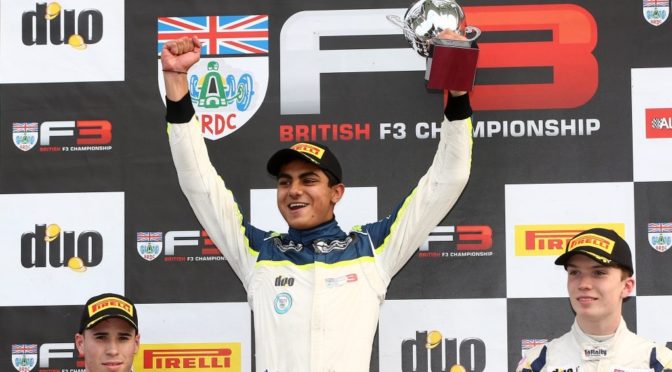 ENAAM AHMED GOING DOWN UNDER TO RISE & SHINE

Enaam Ahmed, friend of F1 Weekly from his sensational karting career, is hoping to get his 2017 racing campaign rolling to match the conclusion of his 2016 season.

The Tasman series may have flown into extinction like the Dodo bird, but the New Zealand-based Castrol Toyota Racing Series has feathered the careers of several promising young drivers over the past few years.

Recent past champions include home grown talent Mitch Evans, who went on to become GP3 Champion. Lance Stroll won the championship in 2015 and this season will see action in Formula 1 with Williams.

In 2016, Lando Norris took the title and went on to win the Formula Renault Euro cup.

Enaam is now 16, the minimum age requirement to compete in the Castrol Toyota Racing Series, and with two race winning seasons of open wheel competition behind him, is looking forward to championship challenge against not only much older drivers, but also drivers who raced last year in the same series.

The opening round of the 2017 Championship is on January 14 at Ruapuna near Christchurch. Each round features three races and is staged on successive weekends; the final event on February 12 at Manfeild is the prestigious New Zealand Grand Prix.

After winning five karting championships in his final season of karting in 2014, Enaam raced to Rookie of the Year honors, and 5th overall, in the 2015 British MSA Formula Championship. He also raced in selected rounds of the Northern European-based SMP Formula 4 Series; winning five races, including all three at Pärnu in Estonia.

The 2016 season saw Enaam step up to the BRDC British F3 and in the opening round at Snetterton he was a race winner and also finished on the podium in the other two races of the weekend. He was classified 5th in the overall standings in this very competitive series. He then completed the 2016 racing season on a high note by winning the British F3 Autumn Trophy.

The car used in the Castrol Toyota Racing Series is the Italian Tatuus single-seater, powered by a 1.8 liter Toyota engine which produces around 160 kWs running on an 85 percent ethanol bio-fuel.

Michelin is the official tire supplier.

Enaam will race with Giles Motorsport; his teammates will be Australian Luis Leeds and Dutch driver Richard Verschoor.

Quick and consistent, Enaam’s fighting spirit has been the hallmark of this young racer from London town.

Racing so far from home base, Enaam said, “I’m really excited to be going into TRS with such fierce competition. It’s going to be a really good challenge to go up against these experienced guys as I wasn’t old enough to do it last year.