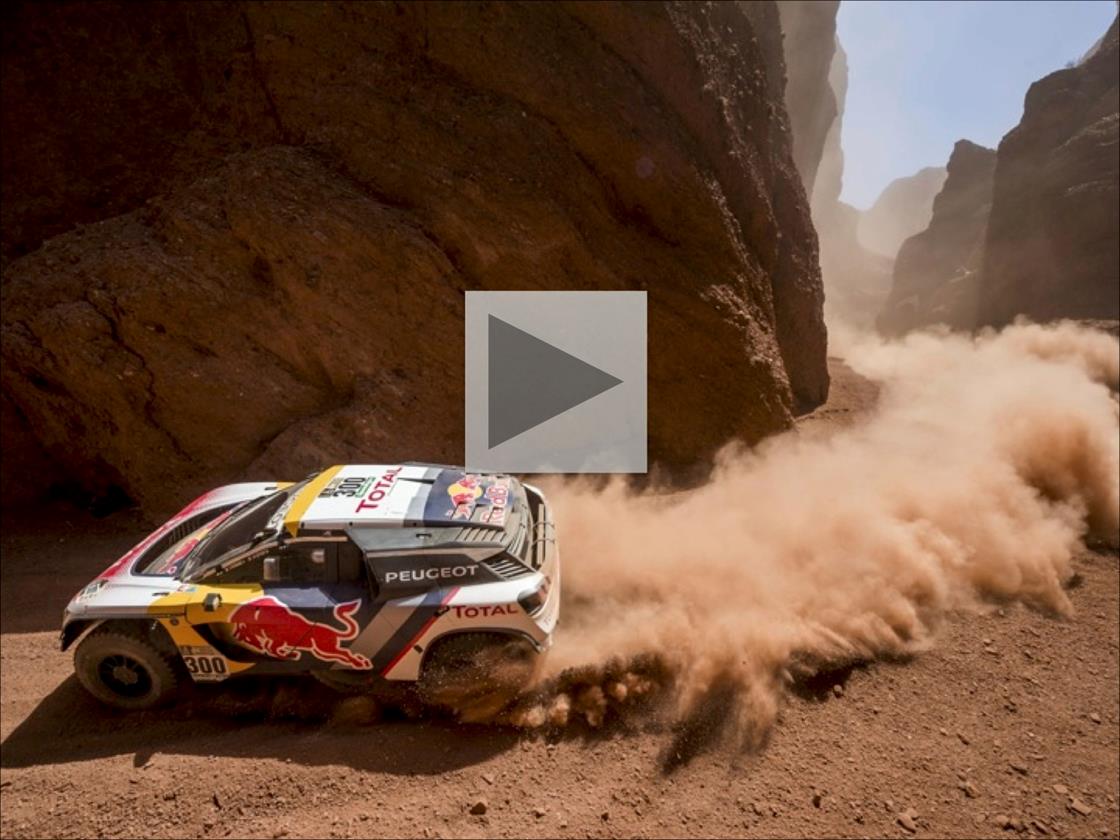 Three days into the 2017 Dakar Rally and the first real navigation challenges of the contest have caused major shifts in the formative leaderboards. With waypoints proving difficult to locate in the thin air of northern Argentina we’ve seen crews and their machines pushed to breaking point as the world’s toughest endurance race lives up to its reputation.

Standing up to every challenge that came their way on Stage Three was Team Peugeot Total who claimed a monumental 1-2-3 result on the route from Tucumán to Jujuy. Reigning car race champion and 12-time Dakar winner Stéphane Peterhansel (FRA) showed his class over the entire 364km of timed racing to take the stage win. Joining Stéphane on the Stage Three podium were his Peugeot team-mates Carlos Sainz (ESP) and Sébastien Loeb (FRA).

It’s also a Peugeot 1-2-3 in the general classification with Loeb leading from Sainz and Peterhansel. The fourth member of the D-ream Team – Cyril Despres (FRA) – is running 7th overall after an extremely satisfying day’s work by the French marque.

It was tougher going for Toyota Gazoo Racing with both Nasser Al-Attiyah (QAT) and Giniel De Villiers (RSA) suffering significant stoppages on the stage. Both former Dakar winners had been riding high after two stages but both saw a major dent put in their chances of a win this year on this stage. Al-Attiyah encountered his problems when he ran off the route and fell down a hole, an event that lost him a front wheel. The incident saw the Qatari lose over two hours on stage winner Peterhansel. Meanwhile, De Villiers had a fuel pump problem on his Hilux which slowed him down before taking 30 minutes to fix.

The signs were more encouraging for Orlen Team’s Kuba Przygonski (POL) who brought home his MINI for a 10th place finish on the stage that lands him in the Top 10 overall.

The battle at the front of the bike race swung in favour of Honda today as their lead rider Joan Barreda (ESP) collected the 15th stage win of his Dakar career. When reigning champion Toby Price (AUS) of the Red Bull KTM Factory Team lost 20 minutes due a navigation mistake opening the road, Barreda pounced to take advantage. The Spanish rider now leads the overall classification with Price’s KTM team-mate Sam Sunderland (GBR) 10m20s back in second place. Price himself has slipped to 5th overall while KTM’s third factory rider Matthias Walkner (AUT) rounds off the Top 10.

As the Dakar climbed to 5,000 metres above sea level on Stage Three one former winner of the truck race took the chance to climb up the general classification. Eduard Nikolaev (RUS), Dakar winner in 2013, took full advantage of the mechanical problems suffered by defending champion Gerard De Rooy (NLD) to approach the summit of the truck race. Nikolaev can call on the support of fellow Team Kamaz Master drivers Dmitry Sotnikov, Anton Shibalov and Ayrat Mardeev as the Russians look to secure top spot on the stages to come.