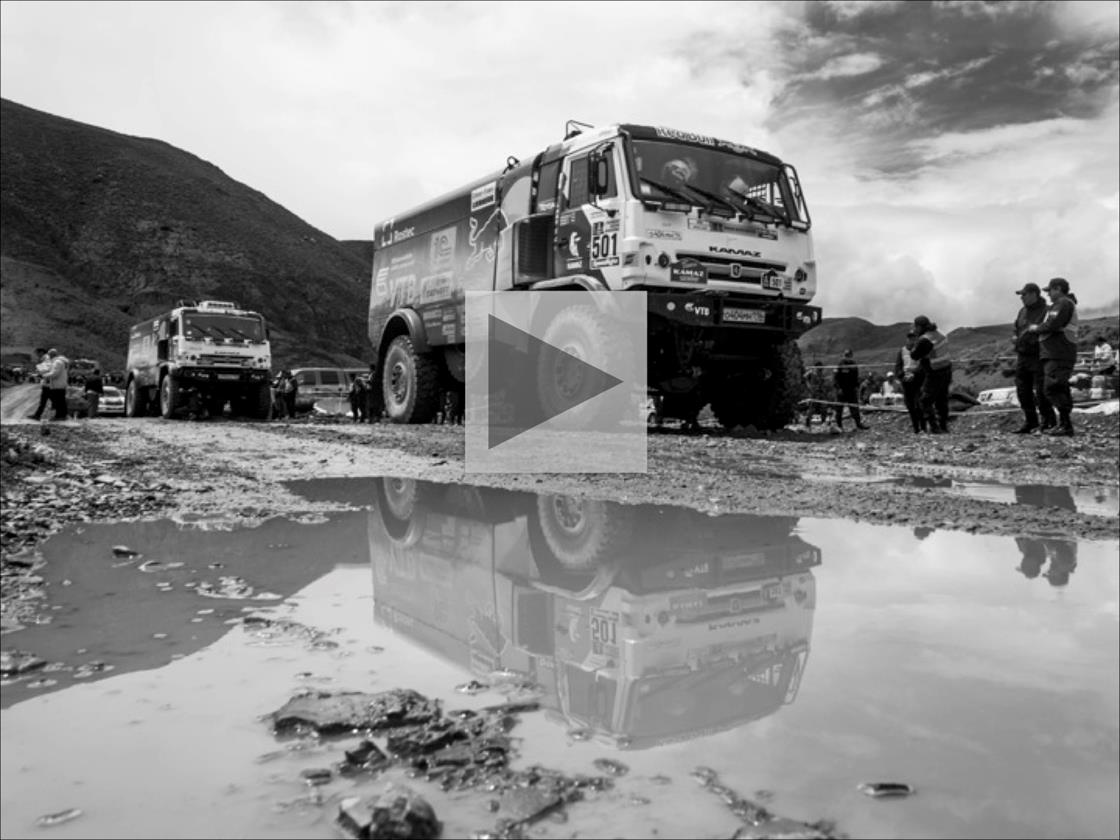 With much of Oruro and the surrounding area underwater this morning the Dakar Rally organisers had no choice but to cancel Stage Six. The “extreme climatic conditions” in the region saw competitor safety put first and the proposed 527-kilometre timed special stage between Oruro and La Paz called off.

Get a real sense of the torrential rain falling in Oruro and the impact it had on proceedings by watching/downloading today’s News Cut here.

Those competitors who remain in the race after a gruelling first week that has seen high-profile retirements, such as Nasser Al-Attiyah, Carlos Sainz and Toby Price, came into La Paz this afternoon. The racers were greeted by hoards of enthusiastic fans that lined the streets of the highest capital city on the planet.

Now comes a well-earned Rest Day in La Paz with racers searching for a slice of comfort after exiting the mudbath of the Oruro bivouac. Rest Day gives Dakar competitors a chance for a full service of their race vehicle, various media commitments and hopefully the chance to get some much needed shuteye.

The Rest Day also gives a chance for petrolheads such as windsurf legend Robby Naish to get an up close look at how the Dakar works. Naish is due in the La Paz bivouac on Sunday to catch up with crews such as Team Peugeot Total, the Red Bull KTM Factory Team and Team Kamaz Master. After a dramatic first week of action they’ll be no shortage of stories for the thrill-seeker to hear about.