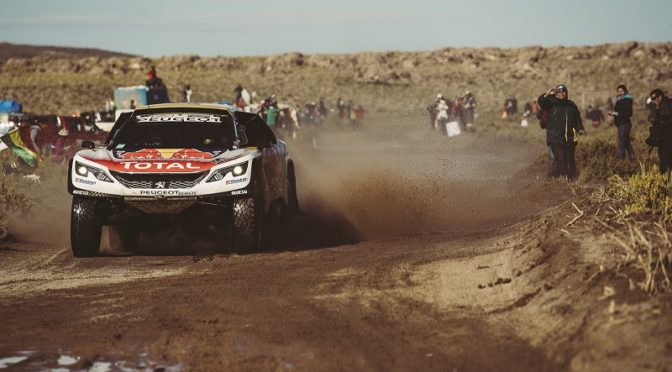 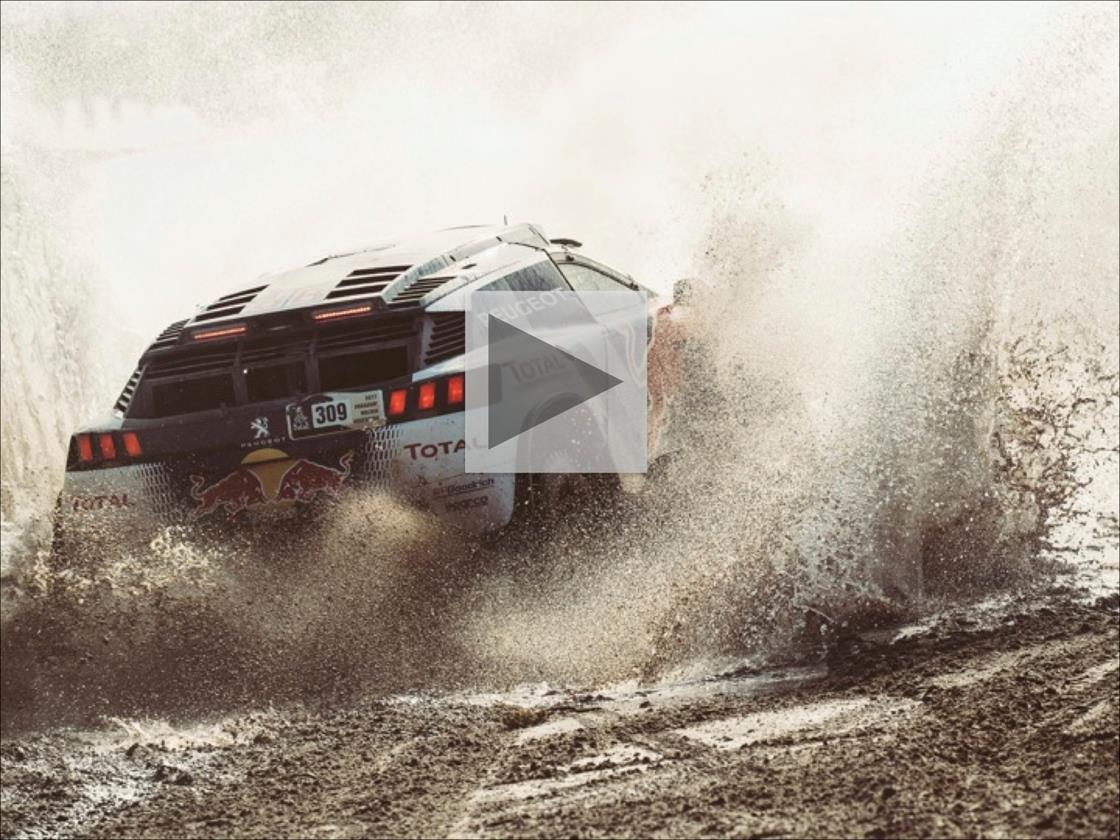 Competitors at the 2017 Dakar Rally spent last night separated from their crews due to the rules of the marathon stage. When the time came to hit the road bright and early this morning the racers and their machines were then pushed to the absolute limit.

A slippery start to Stage Eight saw the shootout between fellow Team Peugeot Total drivers Stéphane Perterhansel (FRA) and Sébastien Loeb (FRA) get underway once more. A sustained attack by Loeb over both parts of the timed special stage saw him emerge with the day’s quickest time. The WRC legend’s third stage win of this Dakar propelled him into the overall race lead as he leapfrogged Perterhansel in the general classification.

Underlining the dominance of the PEUGEOT 3008 DKR was Cyril Despres (FRA) who joined his team-mates on the Stage Eight podium. The result ensures the French marque holds a 1-2-3 in the overall rankings as the race returns to Argentina.

Successfully holding onto his lead today was Sam Sunderland (GBR) of the Red Bull KTM Factory Team thanks to a solid performance on the stage which saw him bag the third quickest time. Sunderland’s team-mate Matthias Walkner (AUT) also completed a fine marathon stage and was rewarded with a climb up the rankings to fourth overall.

Ignacio Casale (CHL) had targeted the second part of the marathon stage to make his mark on proceedings in the quad race and duly delivered the quickest time of the category. The stage win saw Casale take over five minutes out of race leader Sergey Karyakin’s (RUS) advantage over him. With four Dakar days remaining the Chilean is a little over ten minutes behind Karyakin in third overall.

With the latest extreme weather to hit the Dakar causing today’s racing to be trimmed by 73km we were hoping that tomorrow’s Super Belén stage would go ahead without any alterations needed. However, the worse flooding in 40 years to hit a region of the province of Jujuy in northern Argentina has caused massive landslides and brought roads in the area to a standstill. Dakar organisers have therefore taken the decision to cancel Stage Nine and resume the race on Thursday from Chilecito.