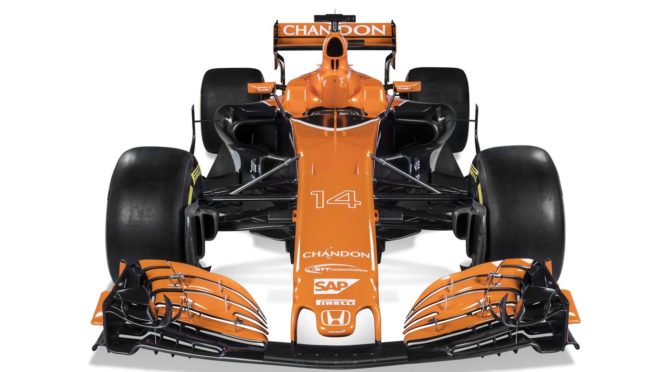 A stunning new colour scheme that harks back to the team’s 1960s roots, a restructure in senior management, a new race driver, and a set of challenging but exciting new technical regulations all frame the genesis of McLaren-Honda’s newest Formula 1 challenger, the MCL32. 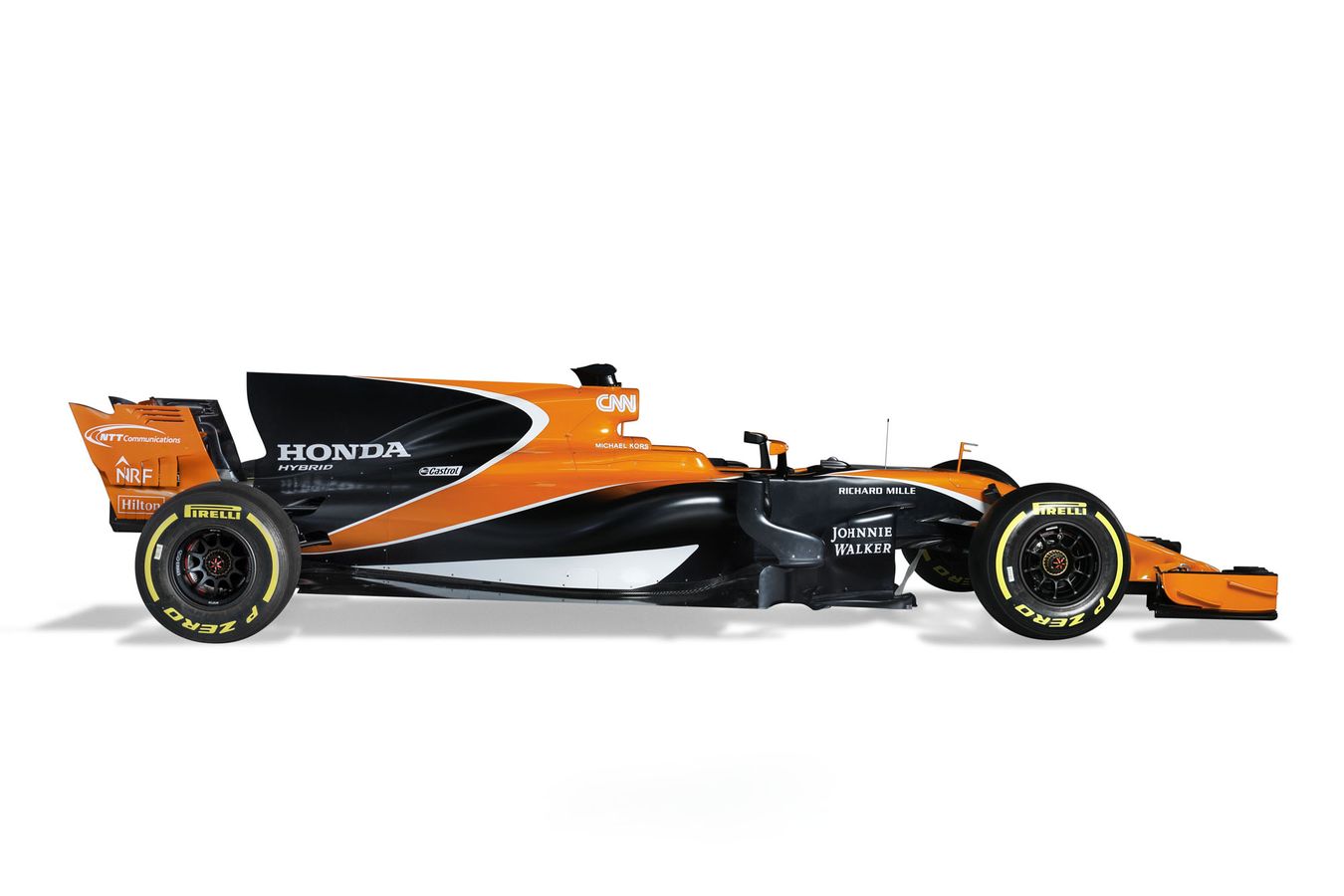 The MCL32 follows in the evolutionary footsteps of its two immediate predecessors, MP4-30 and MP4-31, but it has been overhauled in every area as the design team has looked to capitalise on a series of new aerodynamic regulations introduced for 2017.

The result is an extremely elegant but aggressive-looking race car, fitted with Honda’s latest-generation power unit, the RA617H, which has been thoroughly revised by the company’s team of talented engineers.

Most strikingly apparent is the MCL32’s new colour scheme, which blends old-school McLaren history with contemporary thinking on vehicle livery design. The MCL32 has been exclusively painted by long-term partner AkzoNobel Sikkens, in Tarocco Orange, a custom McLaren colour with a pearl sparkle, and a contrasting satin black and gloss white finish. 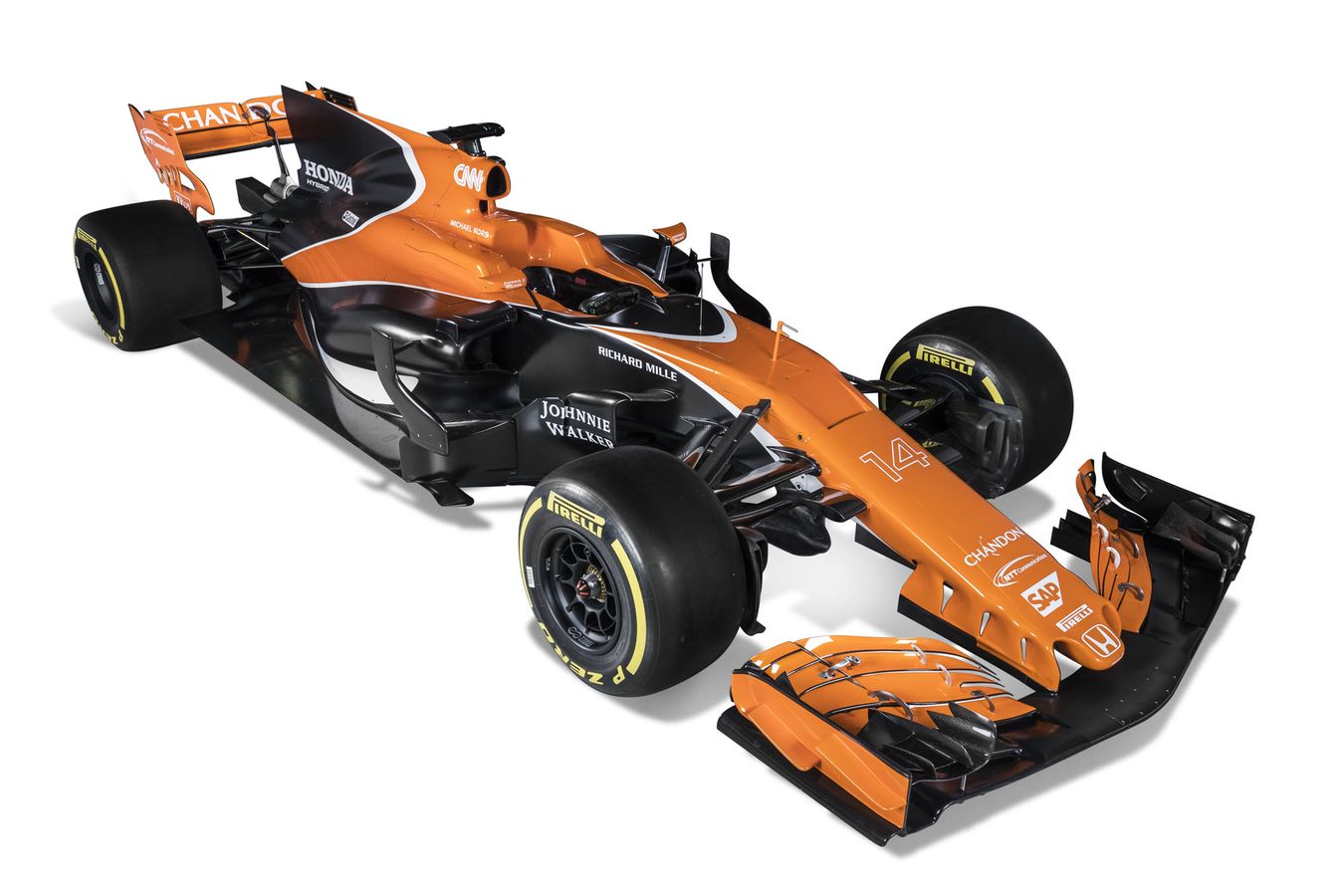 The new colouration is a particularly crowd-pleasing touch, intended not only to revisit McLaren’s past but also to kick-start a fresh chapter in the team’s history.

“The launch of a new Formula 1 car is always a time of anticipation and expectation.

“At McLaren-Honda, we’re fully focused on returning our team to the top step of the podium – a task we view as a multi-year project that requires thorough strategic planning and execution.

“Having analysed our corporate culture and structure with great care and attention, and having consequently made important improvements, we’re now confident that all the building blocks are in place, and that we now have the expertise, the experience, the energy and the enthusiasm successfully to make the journey back to the front.

“We knew changes were required – and, now, with Zak [Brown], Jonathan [Neale] and Eric [Boullier], and of course our drivers Fernando [Alonso] and Stoffel [Vandoorne], backed by a superb team of men and women in both Woking [UK] and Sakura [Japan], we’re fully equipped to tackle this year’s exciting changes to the Formula 1 regulations, and, in addition to that, we’re already liaising strategically with the new owners of our sport, Liberty Media, to improve its spectacle and success.”

“Over the past few months we’ve been working extremely hard to prepare for the new Formula 1 season – from every point of view – and the first visible output of that massive effort is a car that looks fantastic in my view.

“Its colour scheme incorporates a significant nod to our team’s founder, the great Bruce McLaren, but it’s deliberately not orange all over. The black stripes and white trims not only add to the overall aesthetic effect, but also reference more recent colour schemes as well as the traditional corporate colour of our much-valued power unit partner, Honda, whose engineers have been toiling night and day over the past few months.

“I’ve been involved in Formula 1 far too long to make precise performance predictions – more than 30 years – but I can say without fear of contradiction that we’re now in a very good place: we’ve got the right people, with the right attitude, motivated by the right kind of collaborative ambition, and we’re ready to continue to work as hard as is humanly possible to do what it takes to succeed.