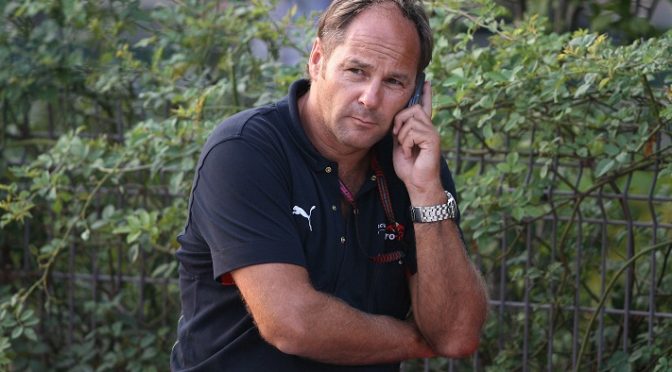 ITR is being restructured for the future: Today, former Grand Prix winner, BMW Motorsport Director and Formula One team co-owner Gerhard Berger was confirmed as Chairman of ‘Internationalen Tourenwagen Rennen e.V’ (ITR). He takes over from DTM founder Hans Werner Aufrecht who has been at the helm of the series for more than 30 years. In order to successfully enhance the series, Berger will work – in cooperation with the board and the advisory board of DTM – on setting the strategic course for a successful future of the world’s most popular touring-car series.

Gerhard Berger is looking forward to his new leading role at DTM: “I started my motor-racing career in touring-car racing and always followed DTM with a lot of interest. DTM is a top-class product with independent, powerful regulations, with strong manufacturers, top sponsors, important international partnerships and many fans. This is a good starting point with great potential for the future. The first task I will focus on in the coming weeks is gaining a deeper insight into the details with the support of my colleagues. We will then use this strong basis for creating a joint strategy for the future. While doing so, I consider the further development of our international partnerships – also with regards to new manufacturers –, spectacular racing cars that also command the drivers’ respect as well as a format combining both sport and entertainment as particularly important.”

As a highly successful long-term Formula One driver, Gerhard Berger completed 210 GPs among others for Benetton BMW, the Scuderia Ferrari and Honda McLaren from 1984 to 1997. After having retired from Formula One, he returned to the world of motor sport as BMW Williams Motorsport Director (1998 to 2003) and co-owner of Toro Rosso (2006 to 2008). Afterwards, he became President of the FIA single-seater commission (2012 to 2014). At the same time, Berger also pursued his career away from the racetrack: He is the owner of a company group based in Tyrol which focuses on vehicle construction and logistics. But he always remained closely connected to motor racing.

As ITR Vice-Chairman and CEO of ITR GmbH, Florian Zitzlsperger assumes the operational management of DTM. “We are glad to have a man as experienced as Gerhard Berger at the helm”, he said. “Due to both his outstanding experience in motor racing and as entrepreneur, he is the ideal successor of Hans Werner Aufrecht, who laid the strong basis for the planned enhancement of DTM. Without Hans Werner Aufrecht, DTM wouldn’t exist. For his passionate and successful work he deserves our maximum appreciation, our respect and our gratitude.”

As ‘the Father of DTM’, Hans Werner Aufrecht is inseparably connected with DTM: he left a unique mark on the popular touring-car series and was the driving force for it to achieve a leading position in international motor sport. Hans Werner Aufrecht explained: “I’m proud of what my colleagues and I experienced and achieved in the past three decades. But now it’s time to hand over this unique race series.”

Apart from Hans Werner Aufrecht, Hans-Jürgen Abt and Walter Mertes also resign from the ITR e.V. board. Nonetheless, both will remain closely connected to DTM: Hans-Jürgen Abt – just as before – as Team Principal of Audi Sport Team Abt Sportsline and Walter Mertes as partner for the series’ sponsorship relations. In addition, as current and future Managing Director of the ITR subsidiary ‘F3 GmbH’, Mertes is responsible for the marketing of the FIA F3 European Championship, which is considered the most successful feeder series for Formula One and DTM.

The change at the helm of DTM forms part of a comprehensive strategy aiming to further develop the touring-car series. The strategy is intended to be implemented gradually from this year onwards. The most important modifications of the technical regulations were announced recently and focus on more power, less downforce and softer dry-weather tyres. The modifications of the sporting regulations will be announced soon.